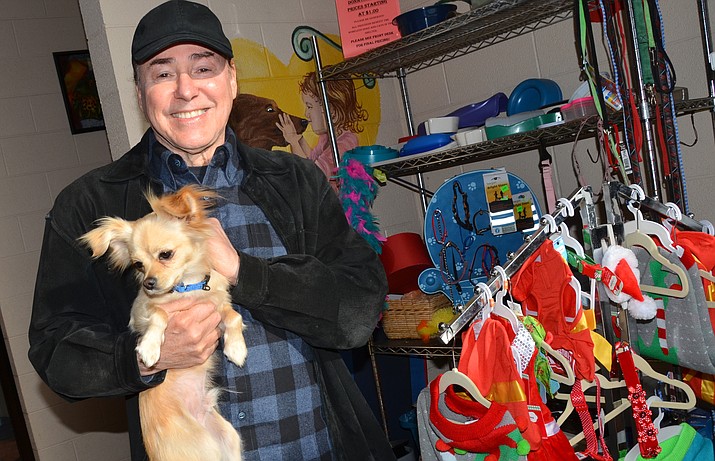 He is the author of self-help books “Returning to the Land of Oz” and “Love & Be Loved.”

Tamiazzo’s focus is on public relations, marketing and fundraising.

“This organization is so vital and important to the community and I would like more people to support what is done here,” Tamiazzo said.

Two major projects he looks forward to are the Pets for Patriots and the implementation of a jail-humane society collaboration project.

“I mentioned to the board a jail pet project. They run a number of projects like that in California – someone who is incarcerated is given a pet to train and it seems to create a fabulous, healthy situation for both the person and for the dog,” Tamiazzo said.

“Tamiazzo understands the challenges of leading a non-profit. He also has a new and innovative plan on making VVHS organization even better. John is exceptional in fundraising, financials, and connecting with supporters, volunteers and employees.” – Angie Lozano, VVHS Board Member

“I’ve been a dog and cat and horse owner for most of my life. I used to take my horse for a ride and my three German shepherds would chase us down and the cats would follow too, so there’d be six of us,” Tamiazzo said.

Commentary: Love the driving force for all involved in Verde Valley Humane Society
Commentary: If you are looking for unconditional love, adopt a dog
Commentary: Music is beneficial for pets
Commentary: Dietary concerns as important for your pet as it is for you
Commentary: Adopting a new pet can’t replace a previous one that passed on, but it can expand your heart