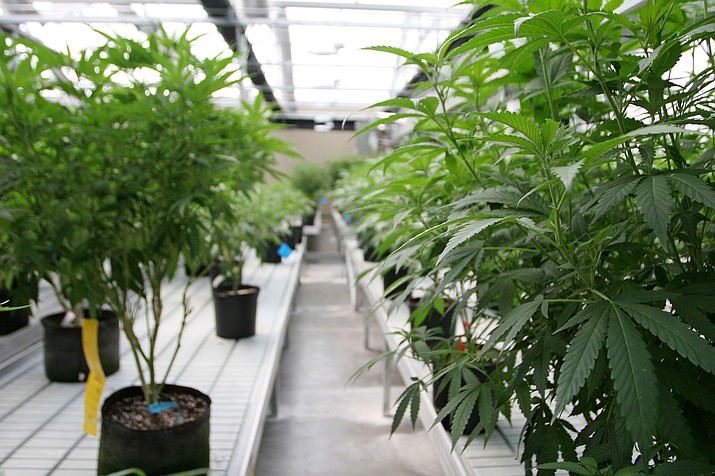 PHOENIX -- Calling the fees illegally high, an attorney for medical marijuana patients is asking the Court of Appeals to force state health officials to slash what they charge people to get the state-issued permit they need to buy the drug.

Sean Berberian said Monday that $150 that patients must pay annually is far more than the state Department of Health Services needs to administer the Arizona Medical Marijuana Act which allows people with certain medical conditions to use the drug. He said the 2010 voter-approved law makes it clear that the agency cannot simply bank the proceeds.

Berberian said this is more than an administrative bottleneck. He told Capitol Media Services that all the evidence suggests that both Gov. Doug Ducey and predecessor Jan Brewer both have directed the agency to keep the fees as high as possible to deter patients from getting the drug.

And the attorney also said this isn’t just an academic exercise. He said the fees are a significant hardship for the people he represents.

She did not dispute the allegations that the state is collecting far more than it needs. But Gentry said it’s not up to her to force the state to lower its costs.

Berberian said he hopes to prove to the Court of Appeals that her ruling is not legally sound.

What appears not to be in doubt are the numbers.

Figures obtained by Capitol Media Services show the health department collected $24.9 million in fees from patients, caregivers, dispensary owners and growers in the last fiscal year. The expenses in that same period were $11.2 million.

So far this budget year the data show revenues of $6.0 million against $2.8 million in expenses.

And as of Monday, health officials said the balance in the account is nearly $38.1 million, more than three times as much as needed to administer the program on an annual basis.

That, said Berberian, is illegal.

The 2010 law allows medical marijuana patients to purchase up to 2 1/2 ounces of the drug every two weeks from state-regulated dispensaries.

But sales can be made only to those with a state-issued medical marijuana ID card. And that card, which has to be renewed annually, cost $150.

Berberian said Lisa Becker, one of his clients, has suffered for years from a series of ailments. He said doctors gave her four different anti-nausea drugs and opiates to manage her pain.

What medical marijuana has done, he said, is calm her nausea, allowing her to eat solid food without vomiting. But he said that Becker, living on $1,100 a month, has had to either borrow money to pay the $150 annual fee or spend less on medications.

The other plaintiff is Yolanda Daniels who is caregiver for her granddaughter, Mercedes, who has epilepsy.

According to Berberian, the marijuana has reduced the child’s seizures. But to get the drug she has to pay $350 a year -- $150 for her granddaughter’s card and another $200 to be a state-licensed caregiver.

The voter-approved law says the total amount of all fees “shall generate revenues sufficient to implement and administer this chapter,’’ meaning the Arizona Medical Marijuana Act.

“Instead, what the Department of Health Services has done is set a fee structure and refused to reexamine or revisit that fee structure when it’s quite obvious that the fees that they set are far beyond what is sufficient to implement and administer that chapter,’’ he said.

Berberian is not alone in reaching that conclusion.

Will Humble, who was health director when the 2010 measure was approved, told Capitol Media Services he set the $150 fee based on anticipated start-up costs and an assumption that only about 25,000 people would qualify.

As it turned out, that estimate was far too low. The latest report shows more than 143,000 people are currently certified by the state to use the drug.

Humble said he was working on a plan to slash the fee when he quit in early 2015 shortly after Ducey’s election.

There has been no apparent movement on the issue by Cara Christ, his successor, since. And state health officials did not respond to inquiries about the decision to leave the fees where they are even in the face of an increasing fund balance.

Berberian has his own theory.

“There have been no efforts from this office to direct ADHS’s operation of this program,’’ said gubernatorial press aide Patrick Ptak. He said the fees are simply what they were when Ducey took office in January 2015.

Brewer, who was governor when voters approved the law, did try to stop Humble from licensing any dispensaries at all -- effectively making marijuana unavailable to patients -- on the premise the state could not permit the sale of a drug that remains illegal under federal law. That argument was rejected by a state judge.

In the lower court ruling in this case, Gentry rejected Berberian’s contention that the requirement to set fees “sufficient’’ to administer the program precludes the state from charging more. She said there is nothing in the statute that specifically prohibits the health department from taking in more than needed.

More to the point, Gentry said what Berberian wants is for her to reset the fees at a more reasonable level. But the judge said that is a political question beyond the reach of the courts.

“The only way the court could determine what fee meets the sufficient requirements of the Arizona Medical Marijuana At and the Constitution would be to take over the administration of the Arizona Medical Marijuana Act from the Department of Health Services,’’ Gentry wrote. She said that would force the court to set policy decisions on things like staff salaries, operating expenses, enforcement actions and even litigation defense, all of which are things the 2010 law puts in the purview of the health department.