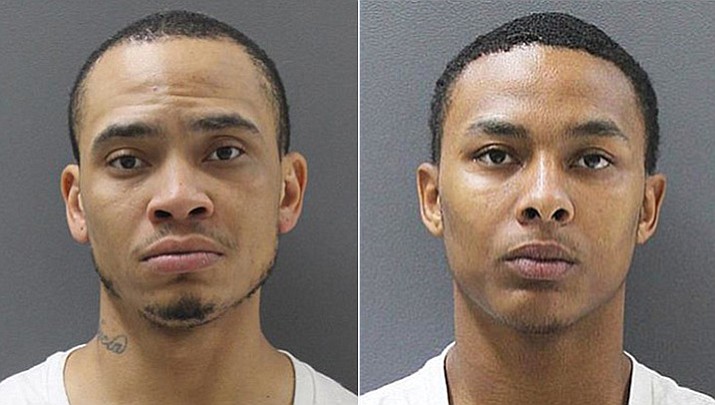 The two were indicted in March on charges stemming from incidents involving an alleged sex trafficking scheme that operated in Prescott, Phoenix and Tucson.

State prosecutor Ethan Wolfinger submitted a motion to consolidate the two cases. According to court documents, “When two or more defendants are charged as part of a common conspiracy, the law favors joint trial.”

The co-defendants face charges for sex trafficking, child prostitution, intent to receive earnings of prostitution, transportation for purpose of prostitution and pandering. The ring involved several women, one of whom is a minor.

Buffington, 33, of Prescott Valley, has a separate case in which he is indicted on one count of marijuana production.

Wilson, 21, a former resident of Dewey, was scheduled for trial on Nov. 22. The date was vacated due to the consolidation. Buffington did not have a trial date set.

According to court documents, both defendants are charged for the same offenses based on allegations of a common conspiracy or scheme. The facts of the case were developed out of a probation department drug investigation of an individual named Brandon Lofton, a common friend of the co-defendants. Lofton is not currently indicted on any charges in Yavapai County.

During a search of Lofton’s home September 2016, law enforcement encountered a woman who said she was brought by Wilson to Arizona earlier that month for purposes of engaging in prostitution.

According to court documents, victims told police that Wilson and Buffington worked together in prostituting the women.

Wilson allegedly posted on Backpage, a website known for hosting prostitution ads, and Buffington would then book the hotel rooms. The victims told police they prostituted throughout the state that September. The prostitution occurred in a Prescott hotel, as corroborated by law enforcement.

Less than two weeks ago, Yavapai County Lieutenant Tom Boelts spoke at the Coalition Against Human Trafficking fundraiser about the way the sheriff’s office now views the prostituted women as victims in sex trafficking cases.

“I realized … there needed to be a paradigm shift in the way that we dealt with this issue in law enforcement,” Boelt said. “We can identify the victims fairly easily. The Johns, it’s not so easy. They look like the men in this room, from all walks of life.”