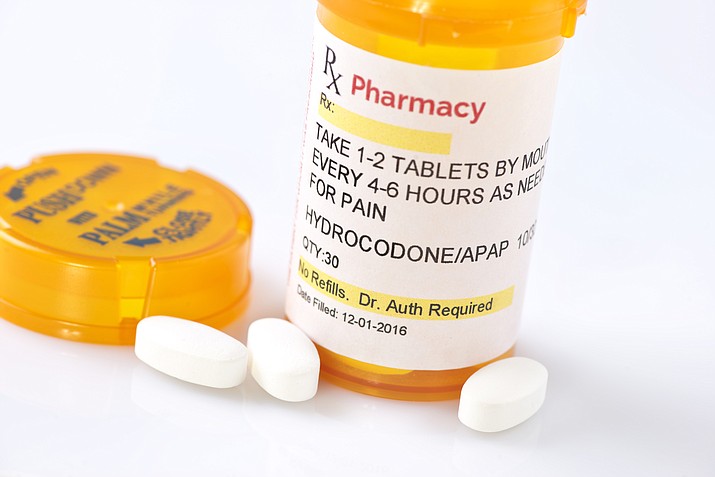 A new report says death rates in Arizona from drugs, alcohol and suicides could grow by 38 percent over the next decade unless action is taken now to head off the problem.

A new report says death rates in Arizona from drugs, alcohol and suicides could grow by 38 percent over the next decade unless action is taken now to head off the problem.

The report by the Trust for America’s Health and the Well Being Trust used data from the Centers for Disease Control and Prevention to predict that the death rate for all three combined would rise from 55 Arizonans per 100,000 in 2015 to 75.8 per 100,000 by 2025.

That would be the eighth-highest rate in the nation in both years, the report said, even though the rate of increase in Arizona would be slightly slower than the nation as a whole.

“Like the rest of the country, in Arizona the rates are disturbingly high and have increased in the last several years and are predicted to increase unless there is a significant change in terms of the trends that we’ve seen,” John Auerbach, president and CEO of Trust for America’s Health, said after release of the report Tuesday.

The report calls on states to adopt a National Resilience Strategy composed of 60 policies, practices and programs aimed to slow the number of those preventable deaths.

“Many states are still grappling with what are the right approaches and are now understanding the extent of the seriousness of these issues but they may not have at their fingertips the tools that they need in order to respond in a comprehensive way,” Auerbach said of the proposed strategy.

Key recommendations include requiring physicians to query a prescription drug monitoring program before prescribing opioids, allowing people to get naloxone – a drug that can stop opioid overdoses – over the counter and Good Samaritan laws that protect people from arrest if they report when someone is suffering an overdose.

In Arizona, the biggest increases would be in drug deaths, which officials expect will be driven by opioid deaths. Arizona drug, alcohol and suicide deaths were all at 18.7 per 100,000 in 2015, but the drug deaths are expected to climb to 32.6 by 2025, compared to 23.6 for alcohol and 22.3 for suicides, the report predicts.

In June, Gov. Doug Ducey declared a public health emergency in response to the 790 opioid-related deaths in 2016. Among other things, that declaration allowed the Department of Health Services to get instant data on deaths attributed to opioid abuse.

“The governor takes this issue extremely seriously,” said Ducey spokesman Daniel Scarpinato. “We’ve seen a huge increase in the amount of deaths related to opioid addiction and drug addiction in general. It’s something we’re seeking to address with urgency and with serious solutions.”

Since the emergency was declared, the state health department has been getting real-time data from hospitals and medical providers who deal with the problem of opioid abuse to understand how overdoses and deaths are happening and how to address it. At the same time, a working group was assembled by DHS to address the issue and developed 12 suggestions to introduce to the Legislature in January.

Scarpinato said people should expect those recommendations to be a primary focus in the legislative session and for them to be a “big focus” in the governor’s next State of the State Address.

The policies the state working group is looking at include changes that would limit access to certain drugs and provide better access to treatment for people who become addicted.

Other suggestions include adoption of a Good Samaritan law, limiting doctors to prescribing no more than five days worth of opioids for people who have just started the drugs, and submitting e-prescriptions for some medications to combat prescription fraud, among other plans.

Auerbach, the former director of policy for the CDC, said Arizona has adopted a lot of the changes the report suggests, but that there is room for it to improve its efforts on the problem of addiction. One specific example he cited was the current lack of a Good Samaritan Law.

One lawmaker who will play a major role in any policy changes is Rep. Heather Carter, R-Cave Creek, the chairwoman of the House Health Committee.

Carter agreed with the report that opioid overdoses, alcohol abuse and suicides are growing issues that need to be addressed through policy.

“By supplying lawmakers and other public health officials with improved information on opioid and alcohol related deaths and suicides, we can make more informed decisions and offer impactful legislative solutions to these growing crises,” Carter said in a statement Tuesday.

“Arizona has taken steps to address some of these issues, but more work clearly needs to be done,” her statement said.