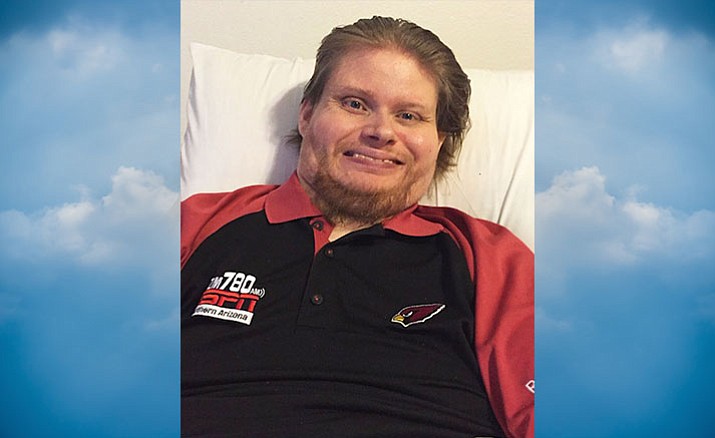 Music was a large part of Jack’s life. Introduced to the keyboard at a play/therapy group when he was 10 months old, he repeated Twinkle Twinkle Little Star perfectly the first time he heard it. Throughout his life, he played and composed music for the keyboard, and performed occasionally.

Jack also was an enthusiastic sports fan. He rooted for all the Arizona teams. The Phoenix Suns were his favorite. Jack and his brother, Erick Graham, had a friendly team rivalry, Jack rooting for the Cardinals and Eric Graham backing the Dallas Cowboys.

Jack was a proud member of the American Legion Post 25 S.A.L.

Jack was well loved, and gave so much more love back. He will be missed.

Services (casual) will be held at Westcott Funeral Home Friday, December 1st, 2017, at 10 am. Immediately following, interment will be at Perkinsville Cemetery (no graveside services). In lieu of flowers, donations may be made to the Spina Bifida Association of Arizona at sbaaz.org.