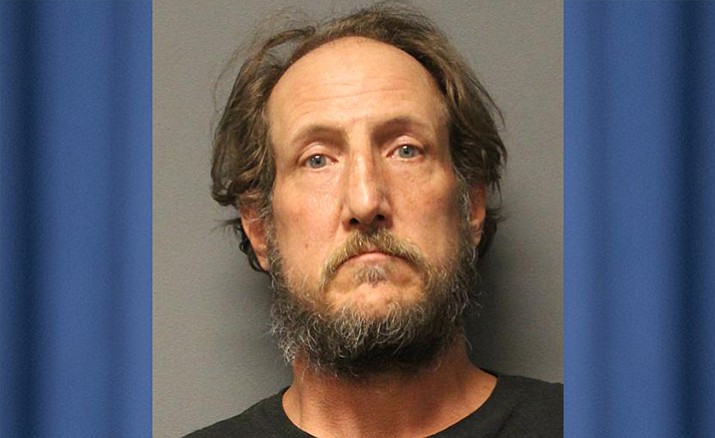 COTTONWOOD – A man released from the Maricopa County Jail Sept. 29 has been arrested on allegations of child molestation, sexual assault and other charges stemming from alleged 2006 incidents in Cottonwood, according to a news release from Yavapai County Sheriff’s Office Media Relations Coordinator Dwight D’Evelyn.

The news release states that in April of 2012, YCSO deputies were dispatched to a report of ongoing child molestation occurring during early 2006 involving two young children residing together in the Cottonwood area.

The release states that during an investigation by Department of Child Safety personnel, the victims disclosed sexual conduct involving William “Bill” Smith, now 47, from Cottonwood. Smith was living with the family at the time the incidents occurred, according to the news release.

“The victim’s parents claimed they learned of Smith’s actions in March of 2012,” D’Evelyn’s news release states. “Smith’s current location was unknown at the time. The case was turned over to YCSO detectives from the Criminal Investigations Bureau.”

Forensic interviews of the victims, a boy and girl ages 9 and 10 in 2012, were conducted, said D’Evelyn. The children said Smith forced them to watch pornographic videos and shared details of sex acts Smith forced both young children to perform over a period of time. The victims noted that Smith threatened to harm their parents if they ever told anyone about the sexual activities, said D’Evelyn.

As the investigation continued, efforts to locate Smith were not successful and the case went cold.

In 2015, a search for Smith was unsuccessful. Detectives had determined it was necessary to interview Smith as it would aid in developing probable cause for an arrest and the appropriate charges based on the victim’s statements.

In December of 2016, YCSO detectives were notified that Smith was incarcerated at the Maricopa County Jail on an unrelated case. YCSO detectives concluded it was necessary to re-interview the victims to confirm prior statements and gain additional details if recalled. Earlier this year, both victims provided updated interviews and each confirmed previous statements while providing details regarding the molestations involving Smith. This included specific sex acts he performed on each them as children.

Detectives also spoke with associates and family members of Smith to ascertain if there might be other victims and to provide behavioral insight. No additional victims were identified.

During this time, Smith was interviewed at the Maricopa County Jail and essentially denied the allegations.

While detectives completed their investigation, Smith was released from jail. On Sept. 29, 2017, Smith was located at a residence in Mesa, and arrested. He was booked into the Yavapai County Detention Center on charges including four charges of child molestation, two counts of aggravated luring a minor for sexual exploitation, four counts of sexual assault.

He remains in-custody and held without bond.