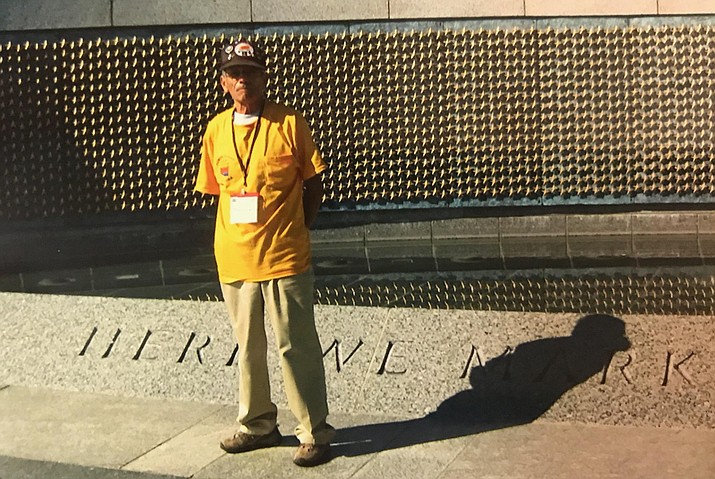 Honor Flight Arizona supports veterans as they are honored and remembered for their service.

From the beginning to the end, Vargas felt always warmly welcomed by the community, volunteers, and military groups.

As the veterans arrived at the airport, the Honor Guard was there to greet them. He said that they were also recognized by everyday people during the trip.

“It turned out to be more than I expected. Tourists would come and hug, wave, and shake our hands. It was like a dream and something that you don’t see in your lifetime,” Vargas said.

The Veterans saw many memorials on their trip. They saw the Navy, World War II, Vietnam, Lincoln, Korean, and Franklin Delano Roosevelt Memorials.

They took a tour to Arlington Cemetery and visited the Women’s and Air Force Memorials.

The Veterans also witnessed the Changing of the Guard at the cemetery which is a formal ceremony of Guard Mounting. They also visited and ate at the U.S. Army post Fort Myer.

Vargas has received about 14 awards during his military career. Some of these include Arizona Long Service Medal, National Defense Service Medal, State Honor Award, and Armed Forces Reserve Medal.

On his plane ride back home, Vargas was surprised with a mail call of about hundred letters from home.

Family, friends, and children sent mail to the veterans thanking them for their service. Vargas liked all the letters, but he felt the ones from the children had character because of their grammar or penmanship mistakes.

“It was a big honor for the kids to write you a letter. The children made an effort to make us happy. I made sure to read each one of them. It kept me occupied reading them. They made you feel good about what you did,” he said.

Vargas enjoyed the camaraderie with the veterans during the trip.

“We all enjoyed exchanging stories from our conversations during our meals,” he said. Vargas also explained that everyone was friendly and that it felt like a family atmosphere.

He also felt honored sharing the experience with his fellow Veterans.

Since he did not have overseas combat experience in the military, bonding as a unit together allowed him to see that group experience.

He explained that traveling with the group as a unit made him feel like he conquered something.

An emotional part of the trip for Vargas was the flight coming back home. “I just broke down crying. I was so happy that I went,” he said.

About 30 years ago, his wife Juanita Vargas suffered a stroke. She passed away about a year and a half ago. At the airport, Vargas hugged his oldest daughter and imagined his wife there with him welcoming him back home. “We were always together for everything,” he said.