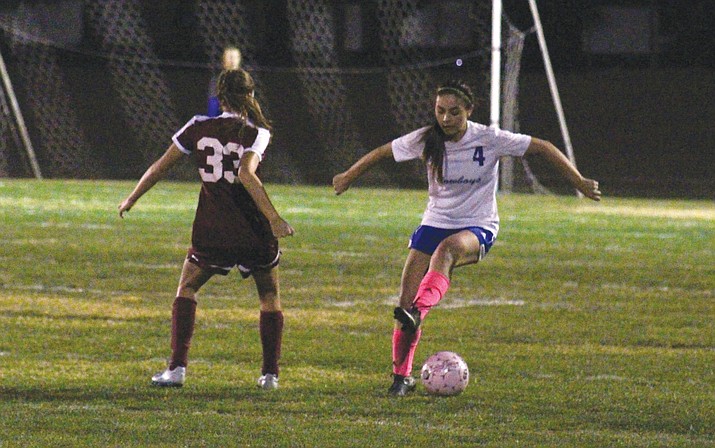 “We didn’t came out to play, our passing was bad, the control of the ball but we managed to get the win,” said Camp Verde head coach Javier Pineda. “For moments we did play the way I wanted them to play but we need to play better Thursday against Chino so hopefully by then I get everyone healthy and ready.”

On Thursday night the Cowboys wrapped up the regular season at No. 3 Chino Valley. Results were not available at press time.

After the loss to No. 1 Northland Prep and the win at Page, the Cowboys remained seventh in the rankings. The state tournament is only four teams.

Junior Tyra Smith scored against NPA. The Spartans are 11-0 and 7-0 in the Central Region and beat Chino Valley 3-0.

In late September when the Cowboys played Northland Prep in Flagstaff, the Spartans won 8-0. In Camp Verde on senior night, the score was 2-1 for most of the game until the Spartans scored the clinching goal in the last couple of minutes.