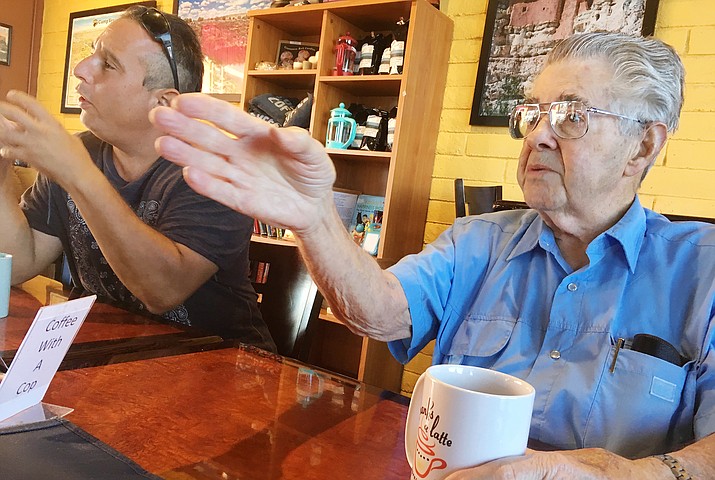 CAMP VERDE – With Marshal Nancy Gardner placed on administrative leave Monday by the Town Manager Russ Martin, Camp Verdeans must have a lot of questions about their local law enforcement agency’s leader.

Because it’s a human resource matter, there’s really nothing Martin, the Camp Verde Marshal’s Office Commander, nor anyone affiliated with the Town of Camp Verde can say.

Martin has turned over the investigation to an independent group and “I will wait until they have concluded their review before taking any further steps.”

“I expect this may take several days to do, and again ask for patience as we work through this process,” Martin says.

For Monday’s Coffee with a Cop, Commander Brian Armstrong will lead the discussion. Armstrong says he expects that folks will have questions about Marshal Gardner, as well as the investigation.

“But I am not at liberty to discuss the allegations due to the active investigation,” Commander Armstrong says. “Deputies at the Marshal’s Office are continuing to serve the community with a positive attitude and professional image as always, and hope that everyone keeps speculation to a minimum in order to ensure a fair and unbiased investigation.”

According to Armstrong, Sgt. Laura Robinson may join him at the meeting “if patrol is not busy.”

Armstrong has also asked Martin to attend the meeting.

“Yes I will be there for a brief statement” Martin said. “The purpose of Coffee with a Cop is not to discuss personnel issues and so I will be leaving shortly after, so the purpose of this can be restored.”

Each month, the Marshal’s Office holds the meeting with no prior agenda, which Armstrong says allows the public to direct the topics they deem necessary.

“Citizens usually lead with the topics they are interested in or have concerns about, and we do our best to get them the answers,” Commander Armstrong says.

Commander Armstrong says that he will mention “we have openings for deputies and hope to fill four vacant positions by the end of the year so they can enter the next academy class in January.”