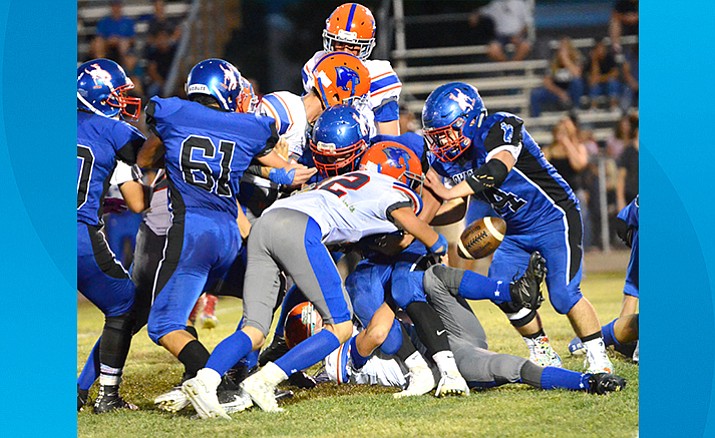 Camp Verde High football lost 42-0 at Scottsdale Christian in their first road game of the season.

The Arizona Republic ranks Scottsdale Christian No. 5 in the state.

The Eagles have outscored their opponents 182-0. They opened the season with a 68-0 win over Glendale Prep and then beat Arizona College Prep by 72.

The Cowboys’ next game is against Chandler Arizona College Prep on Friday at 7 p.m. at home. This is the Knights’ first road game ever.

Arizona College Prep opened the season in zero week with a 53-0 loss to Buckeye Odyssey Institute and then lost 72-0 to Scottsdale Christian on Aug. 25. They had bye on Sept. 1.

In other regional action, Chino Valley beat Sedona Red Rock 28-27 at home. In week one, the Cowboys lost 21-14 to Chino Valley. In the last game of the regular season, Camp Verde faces the Scorpions in Sedona.