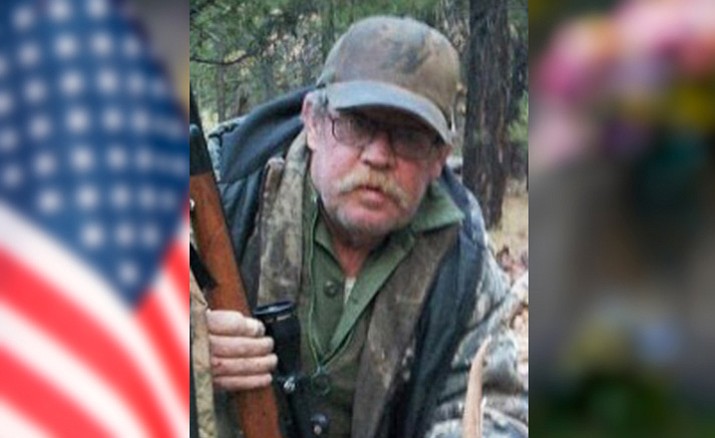 Timothy Carl James, 65, peacefully passed away July 12, 2017 of cancer at the Haven in Camp Verde, AZ surrounded by family and friends.

Tim was born in Phoenix AZ to Calvin and Shirley James. The family would then move to Flagstaff, AZ when he was young. Tim spent most of his childhood hunting and fishing around Northern Arizona with his father, brothers, and friends. He graduated from Flagstaff High School in 1970 and enlisted in the United States Navy shortly after. It was while serving that he met the love of his life Rose Marie James(Moreau). After a whirlwind romance, they married in Santa Clara, CA in 1973. After leaving the Navy he moved his young family back to Arizona where he and Rose would raise their three children.

Tim, Rose and their children were very active in the Cinder HillBillies 4-H club. Tim worked and retired from NAU’s physical plant as an HVAC technician. Never one to sit still, Tim found his calling working for the USFS at the Prescott Fire Cache where, loving not only what he did, but who he did it with. Tim was preceded in death by his loving wife Rose and his father Calvin. He is survived by his mother Shirley James of Flagstaff, his children Anthony James, Laura James, and Jennifer Lewis (Daniel), siblings Peter James(Sandy), Michael James, Beth Bogs(Robert), Sarah Larue(Chuck), Andrew James and beloved granddaughters Rachel and Cheyenne Lewis, Hannah and Kylie James. A memorial service is planned for a later date at Peace Lutheran in Cottonwood, AZ.