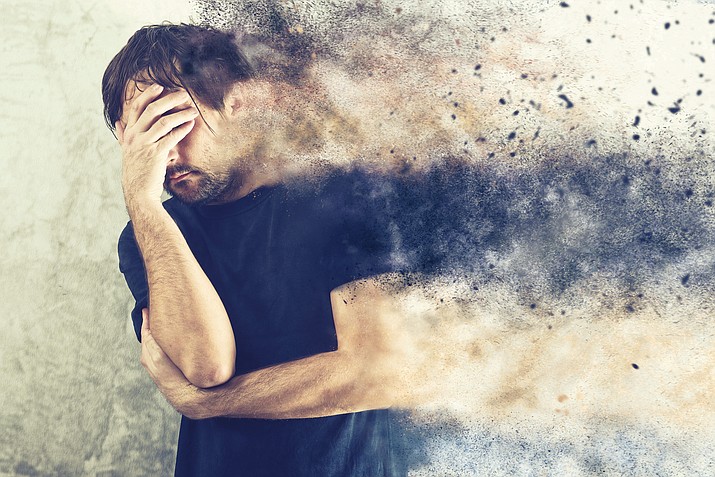 Yavapai County’s suicide rate has been trending upward since 2010, and — by one statistical measurement, suicides per 100,000 people — the county leads the entire state.

That’s higher than any other county; the next-closest is Mohave County at 30.3.

The figures add up to what the just-released 2017 Yavapai County Community Health report calls an “alarming health trend.”

The cause, or causes, of the rising suicide rate seem to be hard to pin down.

“One key informant discussed the high suicide rate among elderly populations, attributing it to depression and seclusion, and added that it affects younger age groups, too,” the report said.

“Some of it may be drug-related — maybe they can’t get out of the cycle,” said Terri Farneti, public health coordinator for the county’s Community Health Service.

“The prevalence of guns” may be a factor, she added.

Farneti said help is available to those in crisis in several forms:

Yellow Ribbon Suicide Prevention Program — The program was created by teens who lost a friend to suicide in Colorado.

The Light for Life Foundation International/Yellow Ribbon Suicide Prevention Program is dedicated to preventing suicide and attempts by making suicide prevention accessible to everyone and removing barriers to help by:

• Empowering individuals and communities through leadership, awareness and education; and,

• By collaborating and partnering with support networks to reduce stigma and help save lives.

Teen Lifeline — “Teen Lifeline started after a movie, “Surviving,” starring Molly Ringwald, aired on prime time network television in 1985,” Farneti said. “The movie was quite controversial because it was the first time teen suicide had been portrayed in such a public way.

The movie made the cover of People Magazine and was instrumental in beginning public conversations about teen suicide. As a result, mental health agencies began to look at the problem of teen suicide.

“It was then discovered that Arizona’s teen suicide rate was double the national average.”

Teen Lifeline was developed as an innovative solution to address teen suicide,” she said teens answer the phones and talk to their peers at 1-800-248-TEEN (8336).

Survivors of Suicide support group in Prescott is held on the last Monday of the month at 6 p.m. at the First Congregational Church, 216 E. Gurley Street.

EMPACT-SPC’s Prevention Program works with schools, senior centers, and other community agencies and business organizations to empower individuals to become healthy, self-sufficient people. EMPACT–SPC offers nationally recognized suicide prevention programs, such as Signs of Suicide and safeTALK, and is a leader in “postvention,” providing a variety of services to those who have lost a loved one to suicide. The Local Outreach to Suicide Survivors (LOSS) program provides immediate support to the family and friends after a suicide occurs.

A young person you know could be experiencing a mental health or substance abuse problem. Learn an action plan to help. A

n adult, 18 or older, can take Youth Mental Health First Aid, but it is recommended for those who regularly have contact with young people ages 12 to 18 — teachers, coaches, social workers, faith leaders and other caring citizens.

“I know (suicide) is going to be a focus when we come up with our Community Health Improvement Plan for 2017. We’re going to be working on that for the next three months and hope to have it prepared by early December,” Farneti said.