Clarkdale library could reopen its doors
County library board approves agreement, defines who pays what 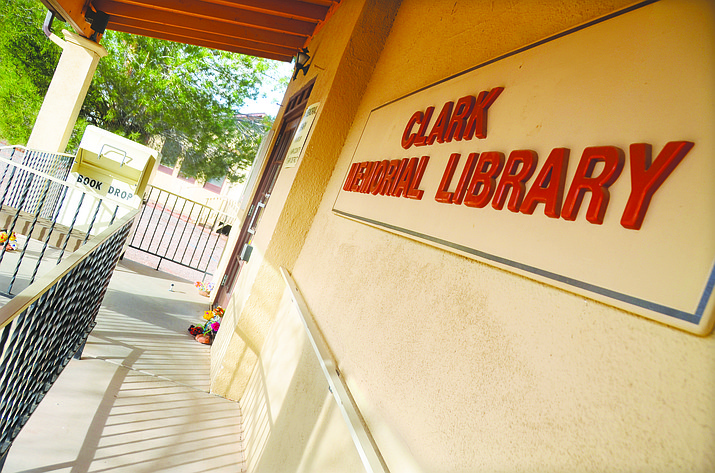 The Yavapai County Board of Supervisors, sitting as the Board of Directors of the Yavapai County Free Library District, voted unanimously to approve the Intergovernmental Agreement with Clarkdale so the Clark Memorial Library can reopen. (VVN/File Photo)

The decision took place at the Yavapai County Administration building in Prescott, but it affects the residents of the Town of Clarkdale. The Yavapai County Board of Supervisors, sitting as the Board of Directors of the Yavapai County Free Library District, voted unanimously to approve the Intergovernmental Agreement with Clarkdale so the Clark Memorial Library can reopen.

The agreement delineates which entity pays for what services in order to keep the library open and operational.

About eight community members watched the Sept. 6 supervisors meeting simulcast in the county building in Cottonwood. After the board members/supervisors voted to accept the agreement, they burst into applause.

In the agreement, the town will pay for the building, maintenance, janitorial duties, utilities, snow removal, pest control, equipment, furnishings, and materials, including, but not limited, to books, audio books, CDs, DVDs, Blu-ray and periodicals.

The county will pay for services and operations; telecommunications; photocopy equipment; staffing (at least 16 hours per week); ancillary services that include management, training of volunteers, courier service; and will manage fines and fees. In addition, the county offers an annual contribution based on a formula calculating tax revenue and operating costs of both the town and the district.

County Library Director Corey Christians estimates an annual operational budget, including a library coordinator (formerly known as a librarian) for 24.5 hours per week salary, at about $36,253.

During the past two months, patrons visited nearby libraries in Jerome, Yavapai College Library, and the Cottonwood Public Library.

However, the reopening is not official yet. The agreement will go before Clarkdale Town Council at their Sept. 12 meeting.

Town Manager Gayle Mabery said she anticipates that Council will approve the agreement as well. While there is no firm opening date, Mabery said Friends of the Clark Memorial Library has been talking with the county to aim for Oct. 19, which would coincide with the library’s 90th anniversary.

The Friends of Clark Memorial Library, a non-profit organization that incorporated in order to support Clarkdale’s library, is actively engaged to provide sustainable funding and volunteers for on-going library operations.