Commentary: Time for Mingus to take consolidation off back burner 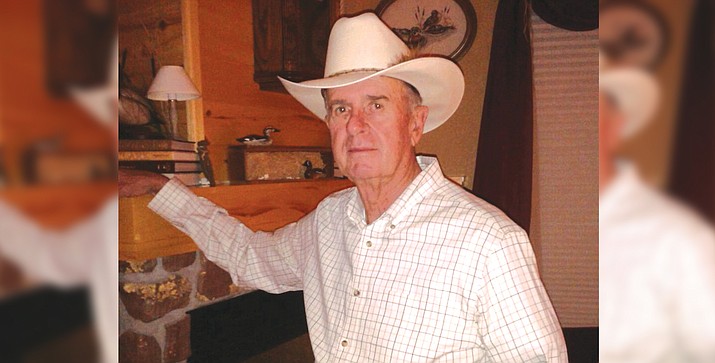 Since January, a local “grassroots” group has been investigating and then pushing for the Cottonwood-Oak Creek School District and Mingus Union High School to study and consider some form of unification-consolidation.

The Cottonwood-Oak Creek Board has officially agreed that they desire to move forward with the study and start negotiations with Mingus Union. As for Mingus, unification-consolidation was included on the last two MUHS Board meeting agendas but was passed over by the board president without any discussion. There was only a comment, “We’re working on it.”

‘We have studied the budgets of both districts ... there is approximately $1.4 million that could be redirected from administration to the classroom’

Not once, but twice, and time was not a factor as both meetings were over in 30 minutes. One must wonder who is working on it. At the end of the last MUHS meeting, the question was asked if unification-consolidation would be on the agenda for the upcoming board retreat. The answer was “no” because that is not the purpose of the retreat. It is for bonding among the participants.

It has become pretty apparent that the leadership on the Mingus Board has decided to “slow walk” unification-consolidation because, regardless of what they say, the redirection of money from administration into the classrooms does not seem as important to them as maintaining the status quo and retaining their seats on the board. There is simply too much at stake to let this attitude go unchallenged.

Unification-consolidation is a governance issue and should the boards determine that additional resources are needed they should appoint a task force to conduct the necessary research and due diligence in a timely fashion. Our working group has suggested that such a task force be created (appointed by both boards) consisting of one board member from each district, one teacher (selected by the teachers) from each district, and five community members (parents, business owners, community leaders) making a total of nine members. This group needs to research and review existing data to confirm whether or not significant savings can be achieved.

We have studied the budgets of both districts and we believe there is approximately $1.4 million that could be redirected from administration to the classroom.

The first and most obvious place to look for savings is in the duplication of administration. Only one superintendent would be required, saving about $125,000.

Consolidating the Business Office saves another $110,000. Some of the other administrative functions that could be consolidated include: transportation manager -- $50,000, payroll and human resources -- $55,000, purchasing and accounts payable -- $50,000, and superintendent secretary--$55,000.

Another area that should be revisited is food services. Food Service costs at COSD are $409 per student. Mingus Union is $181 per student. This is a difference of $228 per student times 2007 students, which results in a total difference of about $457,000. It is said that SODEXO returns $125,000 on average to the district but that still leaves about $325,000 to work with.

With cumulative numbers such as these totaling well over $1 million, probably closer the $1.4 million, concerned citizens such as ourselves feel it is grossly irresponsible for a district (Mingus) to relegate this issue to the back burner.

Historically, one of the major stumbling blocks in pursuing consolidation has been the disparity in teacher salaries between the two districts. It would require about $650,000 to bring Cottonwood-Oak Creek up to the level of MUHS. This could be accomplished in the first year from the savings resulting from unification-consolidation. That would still leave about $750,000 to address classroom issues which directly impact student achievement.

It is time for the Mingus Board to join Cottonwood-Oak Creek in establishing a task force to do some serious work in this regard.

The source of the information used in this letter is a spread sheet provided by MUHS interim Superintendent, Jack Keegan, to the MUHS Board at their work session Board meeting on April 19, 2017. The information was supplied by the Arizona Department of Education and taken from the budgets supplied by each district to the department. Both Boards have this information. Cottonwood Oak Creek has expressed their commitment to moving forward in consideration of unification-consolidation. Mingus is still “working on it.”

Jerry Brown is a member of the grassroots committee encouraging the consolidation of the Mingus Union and cottonwood-Oak Creek school districts.