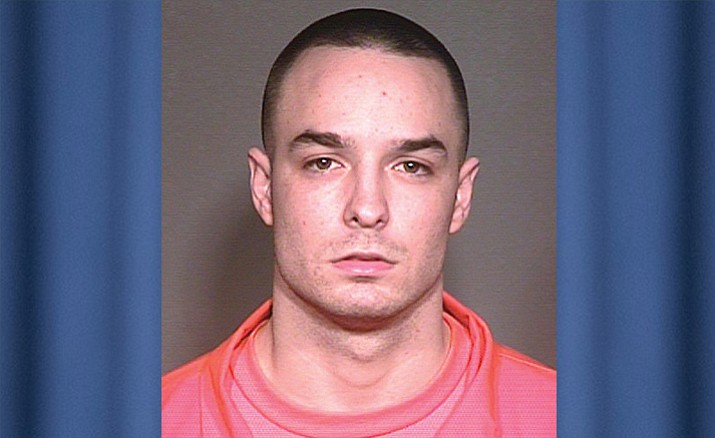 CAMP VERDE – Levi Douglas Jones, 28, who is facing murder charges and recent intimidation and drug contraband charges, may be given a new lawyer for his cases in Yavapai County Superior Court.

Jones, of Phoenix, appeared in custody before Judge Michael R. Bluff in Camp Verde Tuesday. His alleged victims were present in the courtroom.

Tony Gonzales, Jones’ state-appointed defense lawyer, stated via phone call to the court that there may be a “conflict” between him and Jones’ most recent 2017 case. It is yet to be determined whether that conflict will affect the 2016 cases as well, but is a possibility.

If there is indeed a conflict, Jones will be appointed a new lawyer. Patti Wortman, the state attorney, did not want to schedule a date for co-interviewing witnesses if the defense may end up with different counsel.

Jones is facing charges for one count of first-degree murder and several counts of disorderly conduct with a weapon in the 2016 Circle K shooting case that resulted in the death of a Camp Verde man. In addition to the original charges against Jones, Jill Buckley, 29, was charged with hindering prosecution in the first degree, two counts of endangerment, and possession of dangerous drugs.

This year, Jones was charged with several counts of intimidating a witness and promoting prison contraband. According to a news release from Yavapai County Sheriff’s Office Media Relations Coordinator Dwight D’Evelyn, between May and June, Jones conspired to commit first-degree murder of his co-defendent while in the custody at the Camp Verde Detention Center.

Jones was also charged with attempting to smuggle methamphetamine into the detention center with the help of 45-year-old Cher Loken of Mesa.

Jones is being held without bond.

Judge Bluff gave the case a continuance to determine whether a conflict between Jones and Gonzales exists.

The court is scheduled to meet again Sept. 18, at which point Gonzales may have to exit the case.