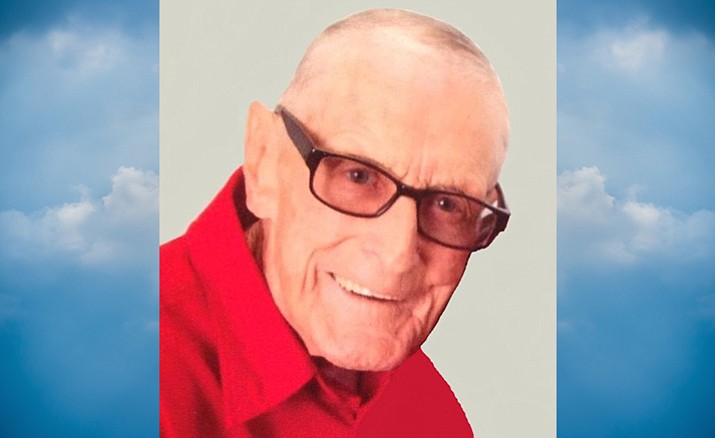 Earl graduated from Flagstaff High School in 1953. He worked at a variety of trades but most notably he was a carpenter. He loved to strike up conversations with just about anyone.

He was baptized and became a member of the Church of Jesus Christ of Latter-Day Saints in 1993. His favorite calling was to be the person who greeted people at the door with a handshake and a hearty “Hello, there!”.

Earl was predeceased by his parents, his brother Paul Kropp, his son Keith and his granddaughter Gisela Puerta.

He is survived by his wife Mary, his son John (Tara, and their daughters Kristeena, Tobi, Sydney and Alexis) and daughters Angela Chabot (Brian, and their sons Jon Gilman, David and Thomas Tuthill), Donna Crecelius (her daughter Kaycee) and Shannon Puerta (her sons Christopher Brown and Isaac Puerta); and his 4 great-grandchildren (Mckenzie, Kylee, Delanie Tuthill and Jonathan Gilman Jr.) .

There will be a graveside service at Valley View Cemetery in Clarkdale on Thursday, Sept 21st at 10:00am. In lieu of flowers, donations can be made to an animal shelter in your area.