DUIs with drugs becoming much more common
Arizona DUI arrests hit 26,060 last year, 4,817 of which were impairment by drugs 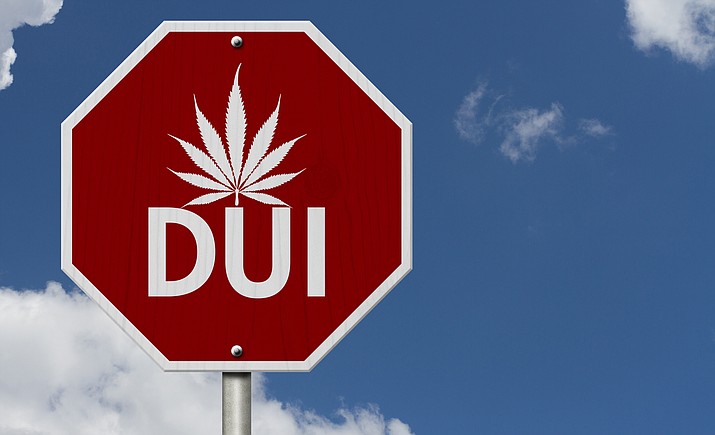 A report released earlier this year said that the number of fatal crashes nationwide in which drug-impairment was a factor surpassed fatal collisions involving alcohol in 2015.

The report, “Drug-impaired Driving,” was released by the Governors Highway Safety Association and the Foundation for Advancing Alcohol Responsibility, a nonprofit organization backed by alcohol manufacturers.

Testing of drivers who died in 2015 showed that 43 percent had drugs in their system, the report said, more than the number of motorists who died that tested positive for alcohol.

But only 57 percent of fatally injured drivers in 2015 were tested for drugs. Of those who tested positive, 35 percent were positive for marijuana.

Even if a driver has a medical marijuana card, it is still illegal to drive impaired, said Camp Verde Marshal Nancy Gardner.

It is just as dangerous to drive high as it is to drive drunk.

DUI drug numbers up in Arizona

In Arizona, for 2016, there were 26,060 Driving While Impaired (DUI) arrests, and 4,817 were for impairment by drugs, rather than alcohol, said Alberto Guitier, director of the Governor’s Office for Highway Safety.

That number becomes more significant when compared to the number of DUI-drug arrests in 2010: 1,679, according to Guitier.

The Yavapai County Sheriff’s Office has made approximately 210 DUI arrests since Jan. 1 and spokesman Dwight D’Evelyn said, “about 22 percent involve drug- related DUI as the primary cause of intoxication or influence.”

Of that 22 percent, a majority of the reports said marijuana influence was a factor.

“Other primary drug related DUI arrests comprise substances including meth, narcotics — heroin, opiates — and prescription medications,” D’Evelyn continued, pointing out that both alcohol and drugs were frequently found in testing, and “as a result, some of the drug-related DUI statistics may include alcohol influence also.”

Although there’s no hard-and-fast data, “it appears DUIs related to medical marijuana is on the increase,” D’Evelyn said. “If recreational marijuana was legalized, an increase in drug-related DUIs would be expected.”

“The data from Colorado and Washington, two states that have legalized recreational marijuana, shows that when pot is legal and more accessible, more people drive while under its influence — with devastating consequences for society,” Yavapai County Attorney Sheila Polk said.

Two pro-marijuana groups, Safer Arizona and the Marijuana Policy Project, did not respond to requests for comment.

Almost everyone is familiar with how police officers establish whether a driver has had too much to drink.

The standard field sobriety test includes coordination exercises, which measure both physical abilities, such as balance, and also the ability to comprehend and follow instructions.

Then there’s the breath test, which requires the driver to blow into a device that measures the amount of alcohol in the subject’s system.

For even more accurate results, a blood test is done, with the subject’s consent or by a court order.

The rule is that the driver’s blood alcohol content (or concentration) may not be more than 0.08 percent — anything more means a DUI arrest.

Officers have the right to allege that a driver who has a BAC of less than 0.08 is impaired, however.

With drugs, there’s no specific measurement to determine impairment. The decision is made by an officer with Drug-Recognition Expert (DRE) status.

“There are a few hundred here in Arizona,” Guitier said, “and that person is called to the scene and does tests (on the driver).”

He said DRE-certified officers spend two-and-a-half weeks in training before being approved.

Besides the odor of marijuana, law enforcement will look for slowed mannerisms and speech, said Sgt. Silvernagel. A subject could have raised and inflamed taste buds on their tongue, and the tongue may even appear green after smoking marijuana.

If a subject’s field sobriety tests show impairment other than alcohol, the subject would be taken to the police department to be tested by a DRE and urine would be obtained and sent to the DPS lab for examination, explained Marshal Gardner.

Polk said Arizona should watch other state’s experiences with legal marijuana before taking the leap.

“Marijuana-impaired drivers is just one of the many negative consequences from legalization that other states are experiencing, she said “Clearly, the smartest thing to do with respect to pot legalization is to take a ‘wait and see’ approach, letting other states experiment and gather the data.”

Whether a driver is driving under the influence of alcohol or drugs, impairment is impairment, said Marshal Gardner.

Impairment can compromise the following:

• Reaction Time – slow reflexes, which can decrease the ability to react swiftly to changing situations.

• Tracking – decreased ability to judge the car’s position on the road, or the location of other vehicles, center line, or road signs.

• Concentration – may cause attention to driving to decrease and/or drowsiness to occur.

• Comprehension - impairment can hinder the ability to make rational decisions

“The message is — if you drink or use drugs — don’t drive,” D’Evelyn said. “There is no excuse anymore for endangering the lives of others on our roadways.”