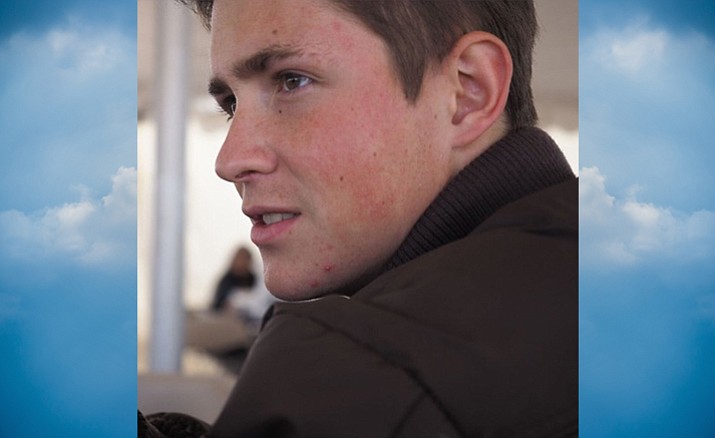 Cameron was in a pedestrian crossing on Ft. Apache Road, at Mariner Cove, when he was struck by a southbound car September 5th. He did not survive extensive injuries.

Cam was an accomplished musician and storyteller and was never far from his guitar or music . He waxed philosophical about life and experience and enjoyed spicy food. He had an expressive face with a twist for any occasion. He enjoyed family and hiking with his Dad and friends in the southwest.

Born April 12, 1999, in Cottonwood, Az., Cameron followed the movements of separated parents and had lived in Cottonwood, Bullhead City, Prescott Valley and Flagstaff, Arizona and during the last seven years in Las Vegas. He attended Spring Valley High School there.

He is survived by his mother Kerrie Beale, (stepfather) Wes Beale, sister Kylie Hutchinson and step sister Chloe Beale of Cottonwood and his father Nathan Hutchinson, stepmother Carrie Jones, and stepsister Iris Hutchinson as well as grandparents and extended family in both communities.

A memorial service will be held at 10 a.m. Saturday morning at the Lakes Lutheran Church, 8200 West Sahara Blvd, Las Vegas.