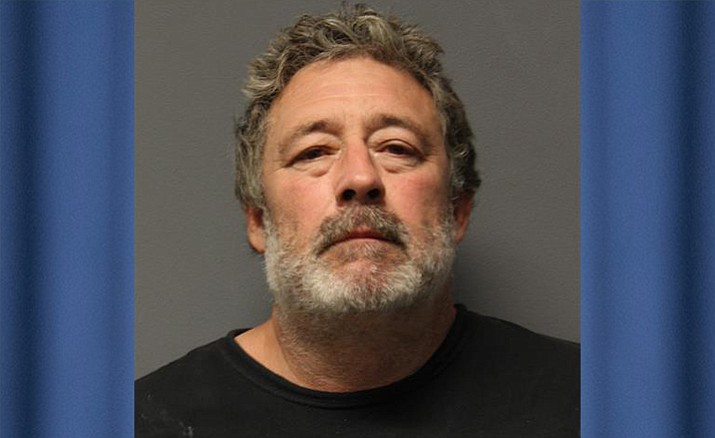 Cochran explained that he did verify Reade was in the hospital via phone call, however he did not have the documentation to show the court. He said he has been in contact with Reade and there had “been some confusion about the court date.”

“From my understanding, he is on his way to a doctor’s appointment today,” Cochran said.

Judge Michael R. Bluff asked for the state’s input. State attorney Ethan Wolfinger said the state requested a warrant due to the lack of verification.

“If he has the documentation, you know, we’ll look into it,” Wolfinger said. “This is the fourth or fifth time we’ve danced around court dates with nothing to go off of but his word.”

Judge Bluff contemplated for a moment and set a continuance for Oct. 2.

“If your client isn’t here, I will issue a warrant,” Bluff said.

Reade is facing charges of attempting to commit arson of an occupied structure, burglary, aggravated assault, misconduct involving weapons and cruelty to animals. A “gutted” dog was found in his trailer by police in August 2016.

Swank is charged with four counts of sexual conduct with a child and one count of molestation of a child. Swank has plead not guilty to the charges.

According to Dwight D’Evelyn, media relations coordinator of Yavapai County Sheriff’s Office, Swank’s father, Brandon Swank, became aware of the sexual abuse of a child by his son and chose not to report the crime to law enforcement. He faces charges of failure to report child abuse, a misdemeanor.

Man involved in 2013 arson and burglary case pleads not guilty

Joshua Dawson, Cottonwood, pleaded not guilty to charges of arson of an occupied structure, burglary, property damage, and theft on Monday at Yavapai Superior Court.

Dawson, 25, was charged with arson and burglary last month for a May 2013 incident at the 1900 block of South Deserama Circle in Verde Village. Dawson and two other men, 26-year-old William Stockwell and 22-year-old Bradley Meyer, were arrested after an YCSO detective received tips regarding the suspects in the incident.

The tips provided information which proved reliable as they contained details only known to detectives and not shared in the media.

Detectives confirmed the suspects knew that the residents at the Deserama Circle home were out of town at the time of the arson and burglary.

It was learned Dawson had an ongoing conflict with the Deserama Circle occupants related to drug sale favoritism, so the suspects decided to burglarize and burn down the home, according to the release. The suspects did not realize that one of the occupants was actually still in town and came home to discover the fire around 1 a.m. and called 911.

Dawson was already in custody for unrelated charges. He is held without bond.

Michael Anderson appeared in court for a third case management conference at Yavapai Superior Court on Monday. Anderson is facing charges of two counts of aggravated assault for allegedly waving a gun at two victims in May.

Anderson pleaded not guilty to the charges in June.

“On May 10, Cottonwood Police were contacted by two victims who wished to report the owner of Bootleggers Beer Club, Mike Anderson, pulled a gun on them the previous evening while they were giving him a ride to his house due to his level of intoxication,” said Sgt. Monica Kuhlt of Cottonwood Police Department in a previous news release.

Police said during the investigation, it was discovered that Anderson allegedly consumed alcohol at his bar while working there, which is a criminal offense.

Judge Michael R. Bluff scheduled a pretrial conference in the case for Nov. 6.

Levi Hart Phillips appeared in court in custody for a second case management on Monday in Yavapai Superior Court.

Defense counsel Bruce Griffen requested a furlough on behalf of Phillips to take care of family business in Colorado. The prosecution stated because this is a victim case they will need to contact the victims for consideration of whether Phillips should be granted temporary release.

Judge Michael R. Bluff set a continuance for Sept. 28 for a reconsideration of Phillip’s release conditions.

A case management conference was also set of Phillips on Oct. 30.

Phillips is charged with aggravated assault with a deadly weapon, assault and disorderly conduct for allegedly shocking his roommate with a Taser and then stabbing him, charges to which he pleaded not guilty in July.