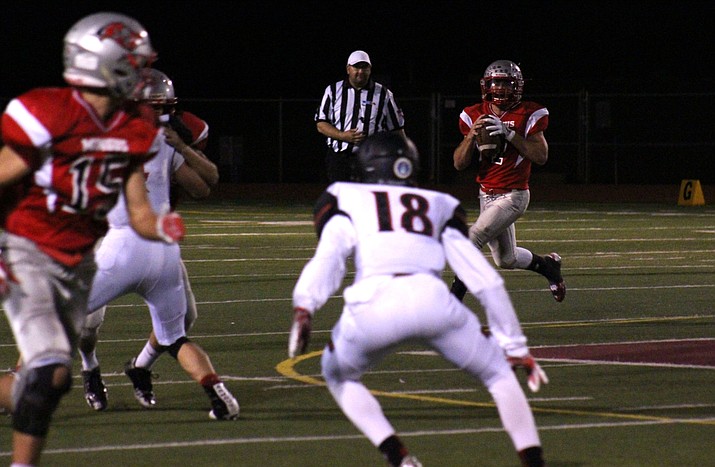 Mingus senior running back Tyler Kelly rolls out to pass to junior Chaz Taylor (15). Taylor would score on a 53-yard touchdown reception that play. (VVN/James Kelley)

Mingus Union football was on the wrong end of a Homecoming rout as the Marauders were shocked by previously winless Bradshaw Mountain. 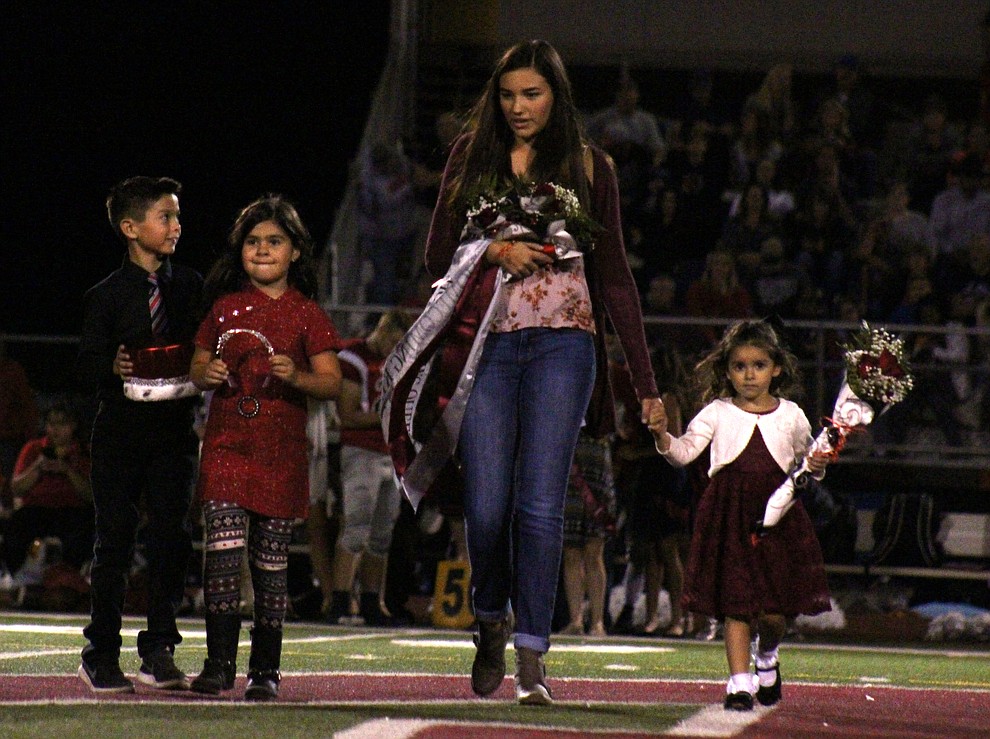 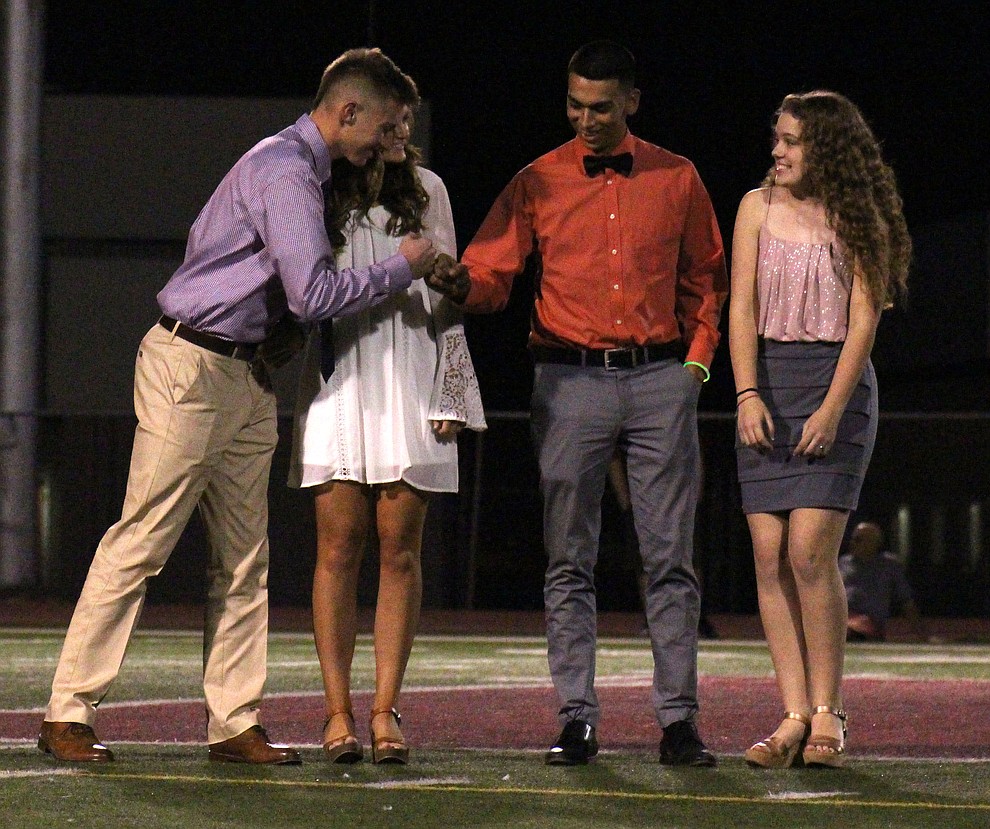 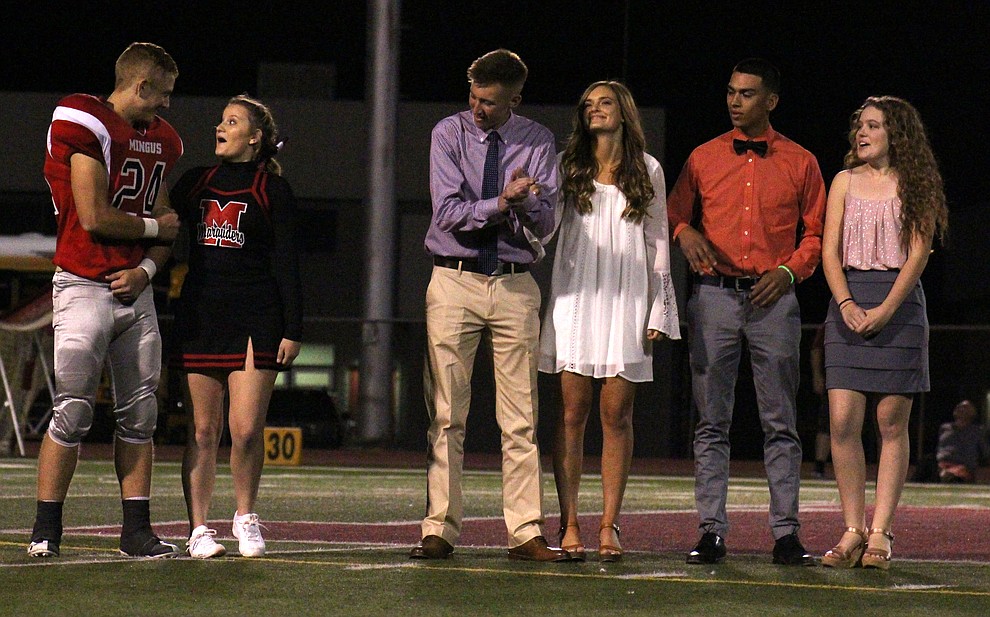 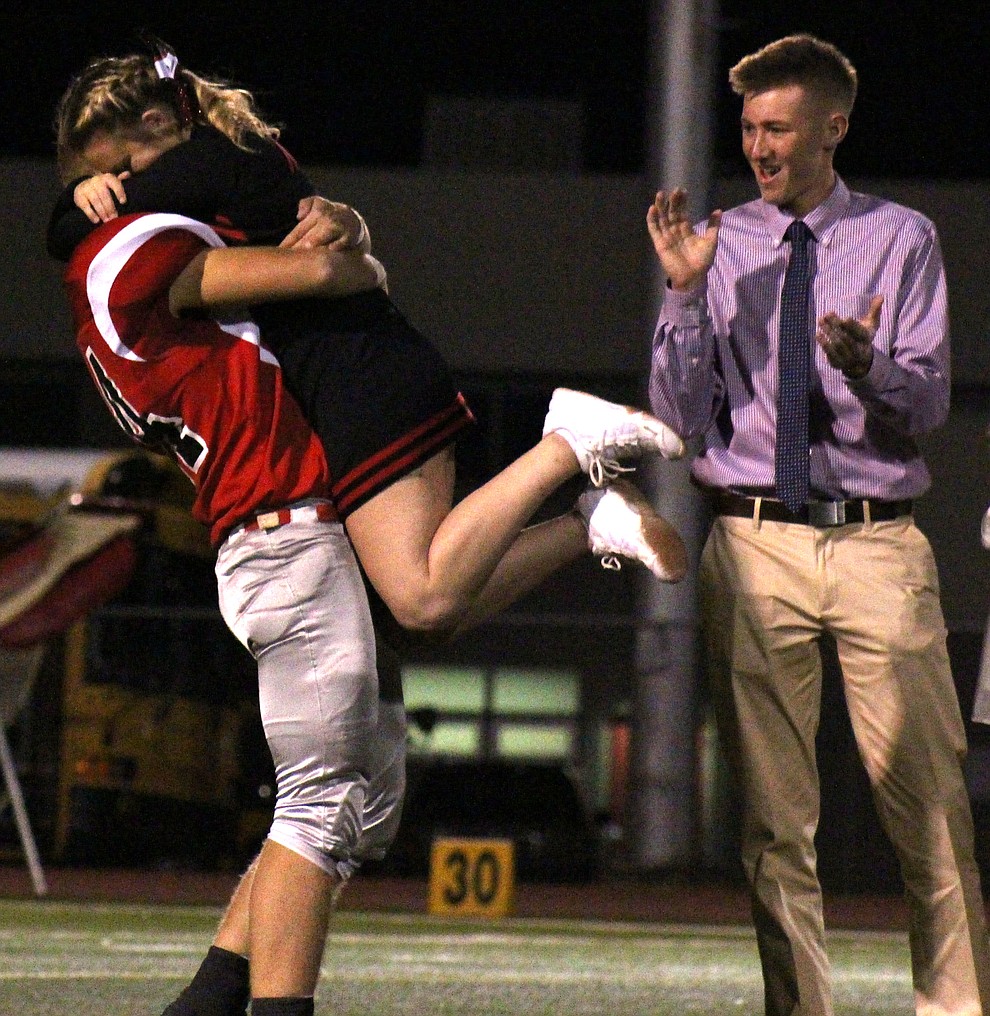 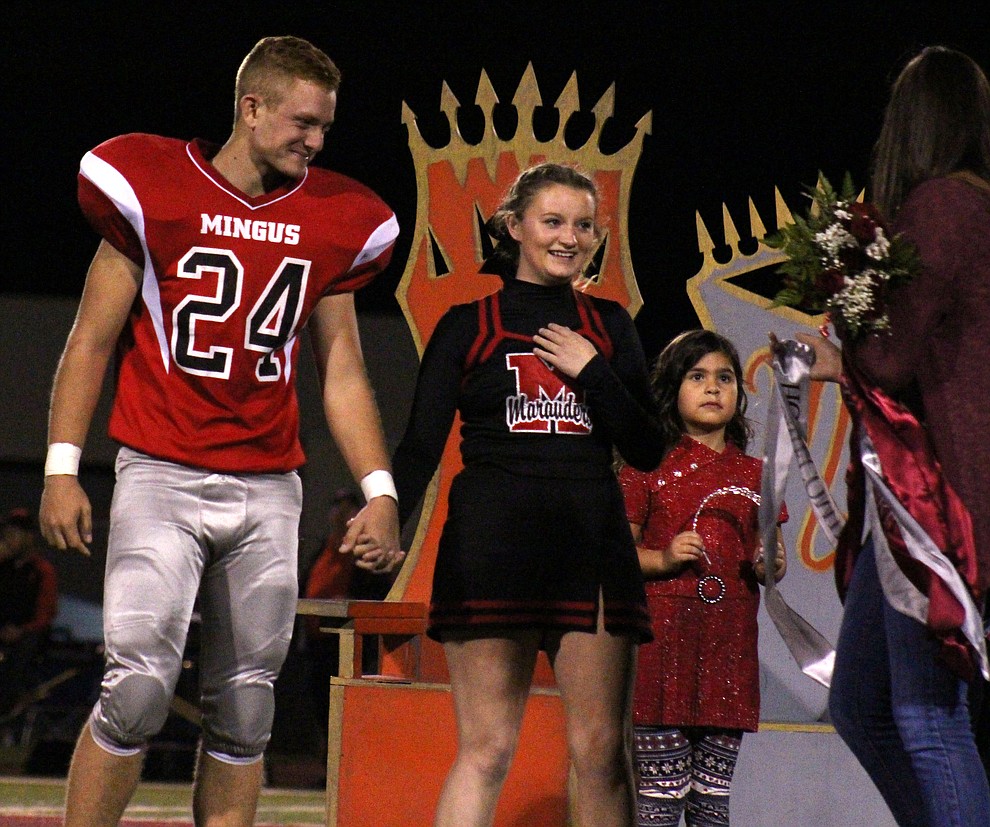 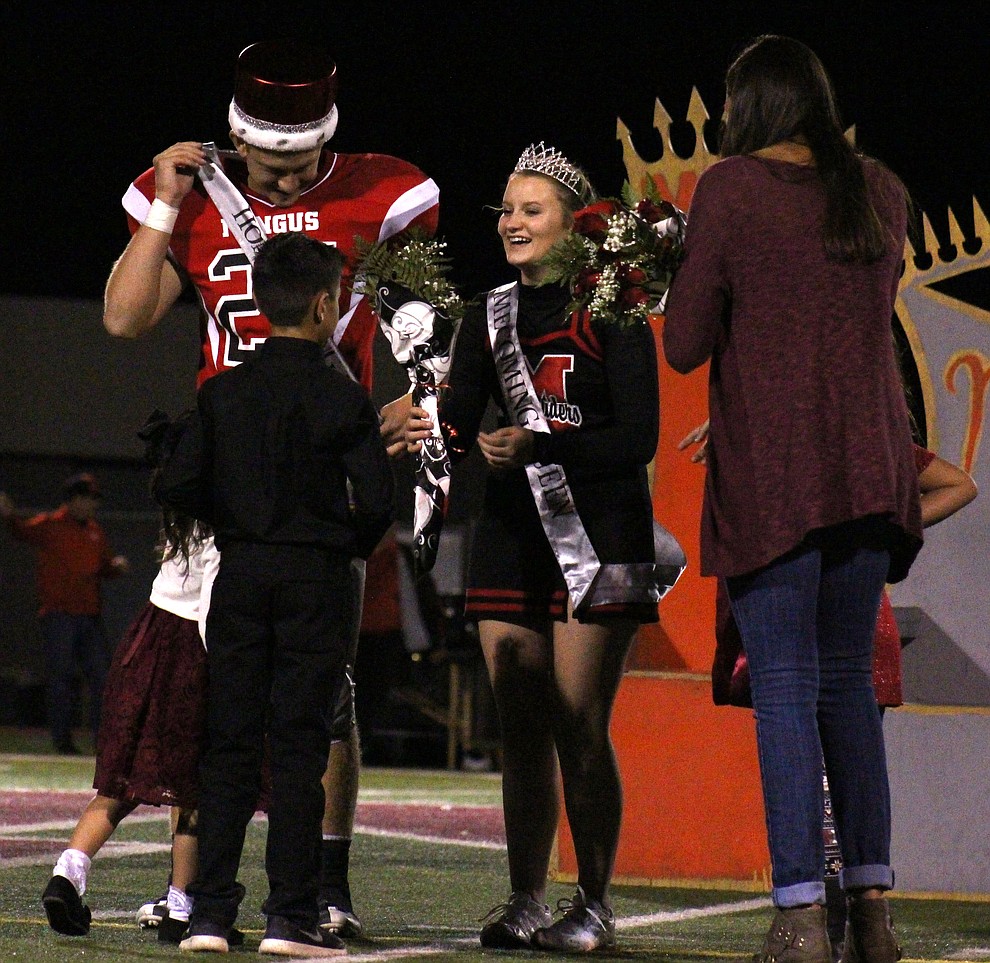 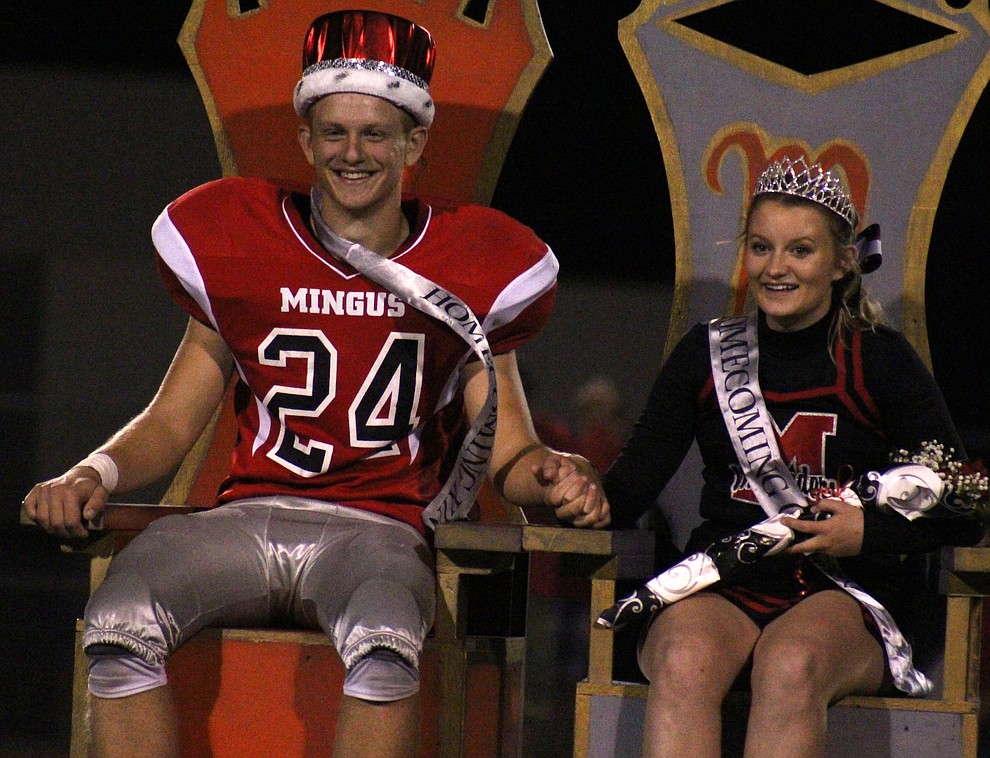 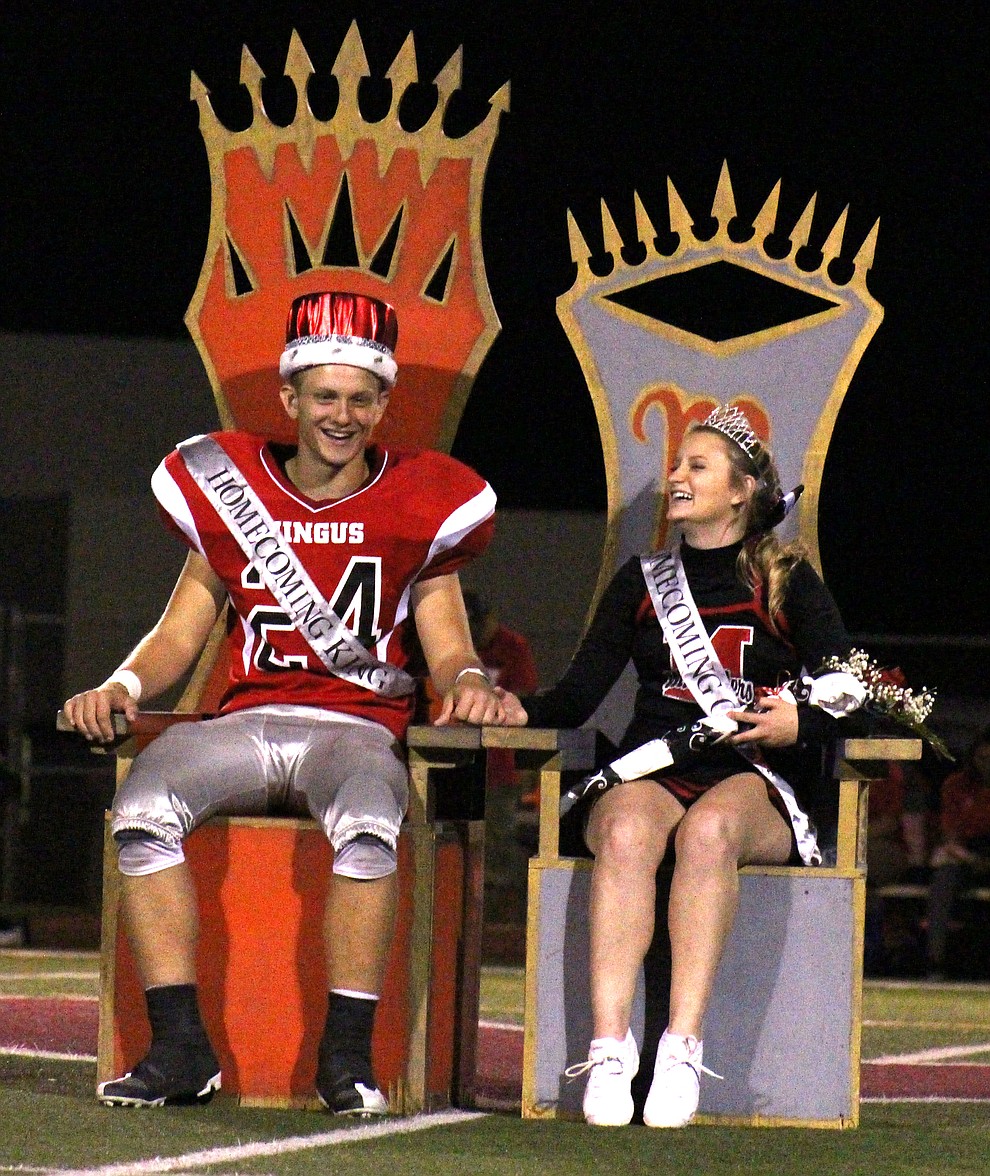 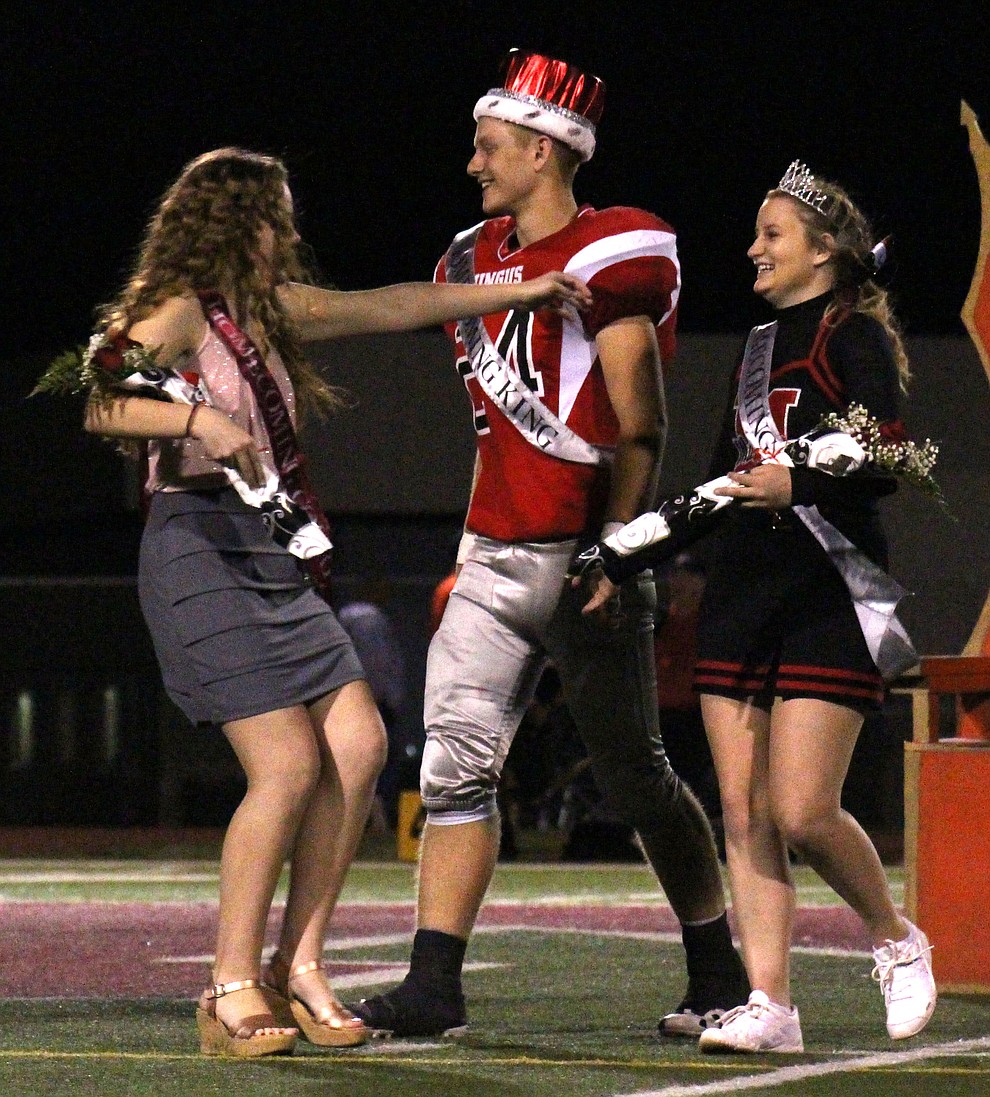 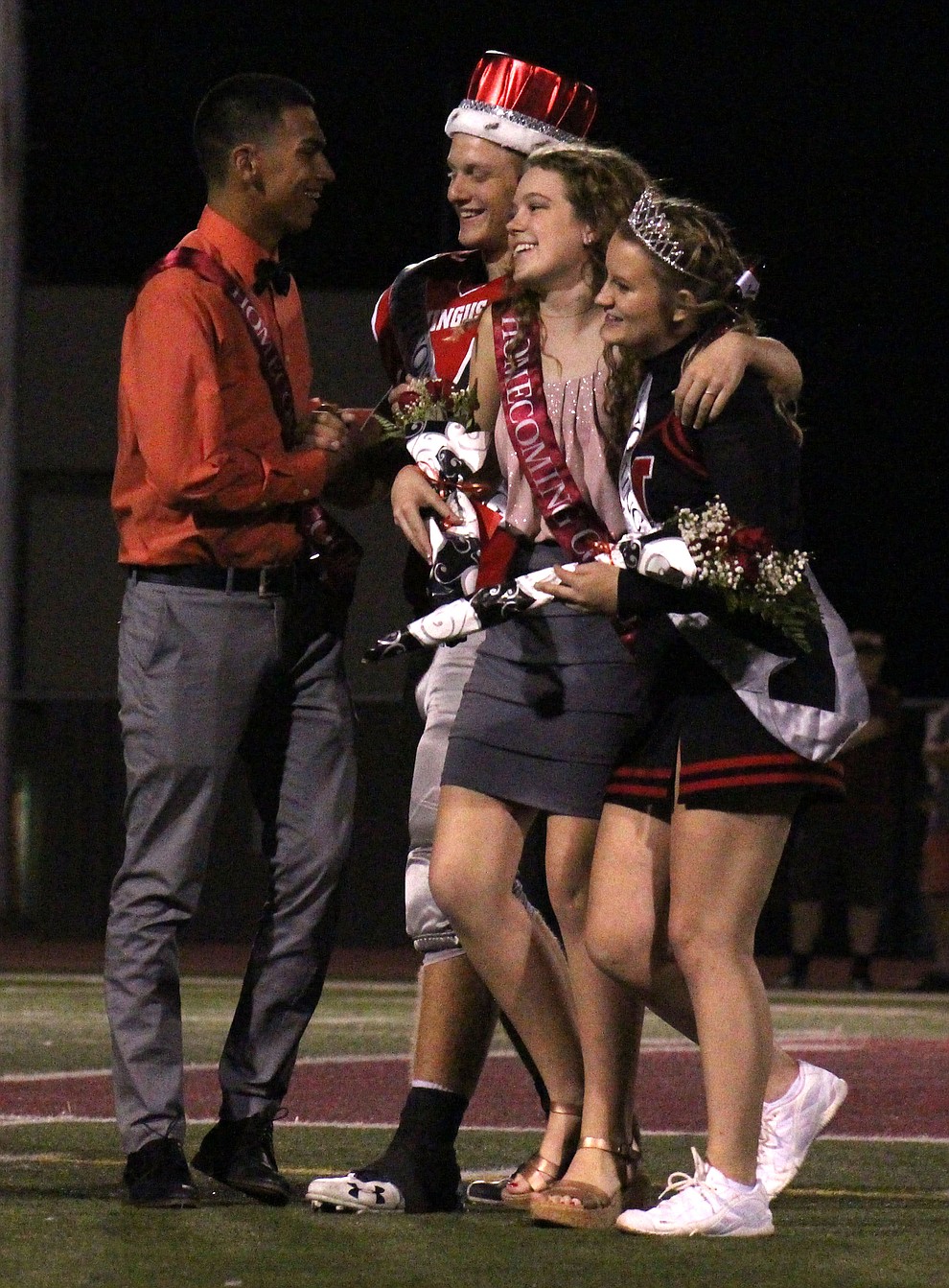 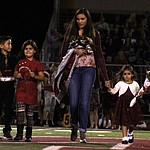 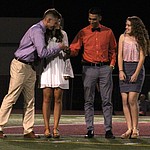 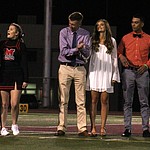 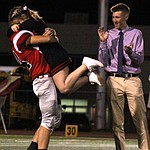 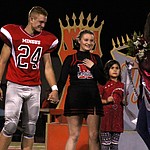 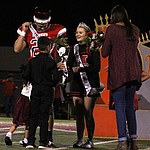 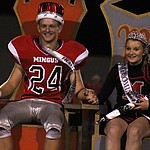 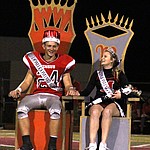 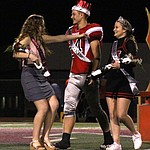 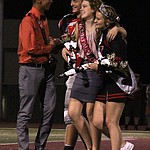 “They beat our butts,” said Mingus Union head coach Bob Young. “I don’t care about records, they just beat us on the line of scrimmage. They did on film what we planned on, we just couldn’t do anything against them.”

Mingus junior Antoine Zabala scrambles on the last play of the first half of the Marauders’ loss to Bradshaw Mountain. After Mingus Union blocked a field goal and senior Martin Soria returned it to the other side of the field, the Marauders had time for one play but couldn’t score. (VVN/James Kelley)

“It’s everything,” said Bradshaw Mountain senior quarterback Timmy Young. “I mean we’ve been thirsty and hungry for a win since probably Week 3. Going 0-5 to start the season is never really good. We came out ready to play and it showed. We came out hungry and ready to go at it.”

Bradshaw Mountain led wire to wire a week after losing by just seven to No. 8 Flagstaff, the top team in the region.

“They’ve been improving every week and everything we’ve done up until now has been self inflicted: turnovers, penalties and we played a pretty complete game offensively, defensively,” said Bradshaw Mountain head coach Chuck Moller. “We’re real proud of the kids’ continual effort and we just gotta start building on it now.”

Mingus Union junior quarterback Antoine Zabala, was 11-for-24, with an interception, for 168 yards.

Five different Bears scored touchdowns and BM scored 10 points on special teams, including a score by junior Braden Tolbert after a bad snap on a Marauder punt.

Timmy Young was 3-for-6 passing for 103 yards with a touchdown and no interceptions. He ran for 48 yards and a score on 12 carries.

Timmy Young said the Bears still have room to improved and can do even more damage in the Grand Canyon Region.

The loss spoiled the Mingus debut of senior Martin Soria who was all-state last year for Williams.

“It was rough, we should’ve come out here to play,” Soria said. “I feel like I disappointed the crowd but it is what it is, you know?”

Mingus Union had a chance to steal back some momentum at the end of the first half when they blocked a Bear field goal attempt and Soria almost returned it for a touchdown. The Marauders had time for one play but came up short of the end zone again.

“That should have been a touchdown, I don’t know,” Soria said. “That’s on me right there, I don’t know how I didn’t return it.” 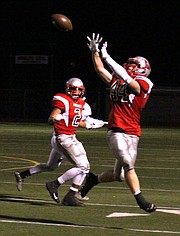 Homecoming festivities Other than the game it was a good night for the Marauders.

Among the football alumni that returned was members of the undefeated 1997 state champions team. They spoke to the 2017 Marauders.

“It was neat, yeah that’s always neat,” Young said. “It was nice to see them.”