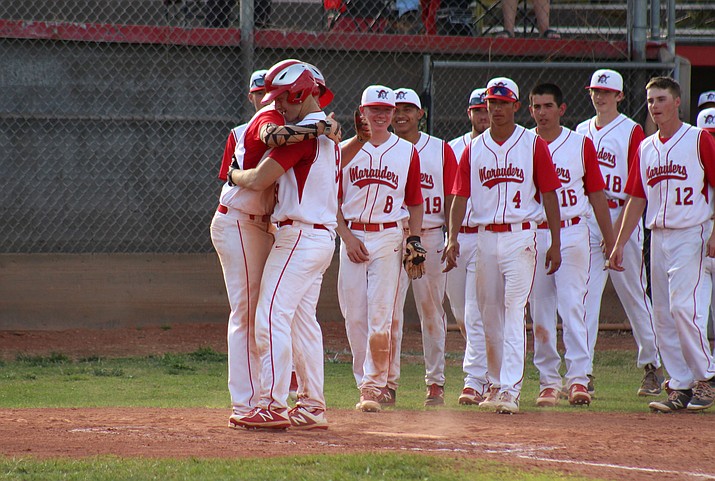 The No. 12 Marauders beat No. 19 Coconino 7-5 at home despite four costly errors.

It was a back and forth game that saw five lead changes and four ties before the Marauders scored two runs in the sixth inning to secure the win.

With the victory, the Marauders (9-3, 5-1 Grand Canyon) extended their win streak to four games and was their sixth of the last seven games through Tuesday.

“I think we have some improvement to do but overall we came out with the win, so I think improvement is the key right now,” said senior outfielder Martin Soria. 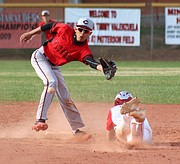 “On the mound they did great, J.T. really battled, it doesn’t help when your defense can’t really help and bail you out but it was really huge on Skylar Waynick, he really was a senior there and battled up and came in and delivered when we needed him to,” Quesada said. “So that was huge for us.”

After the Panthers scored a run on a passed ball in the fourth, Link responded with a solo home run, his first of the year. Through the Coconino home game, he’s batting .421 this season.

“I didn’t even feel it, it just came off the bat,” Link said. “Going up to bat every time I just think fastball and adjust. Fastball comes in and I just thought about hitting the ball and it just turns out how it turns out. I’m not trying to hit home runs, but it felt good coming off the bat, it was good.”

The Marauders outhit the visitors 7-5.

“We were a little apprehensive at first, a little too aggressive, going for too many curveballs and not letting the fastballs get to us, but all in all, towards the end of the game they really settled in and that’s what really propelled us to get that W,” Quesada said. “From a hitting stand point overall it was okay, I expect more from my players but like I said, ‘a win is a win.’”

However on Wednesday in the game at Coconino, the Panthers, who are 4-4 in region play, exacted some revenge, beating the Marauders 4-3 in walk off fashion.

Mingus Union is tied atop the region with No. 8 Flagstaff. Although the 5-0 start to region play will help the Marauders to defend their Grand Canyon crown, they still have two games each against the Eagles, No. 17 Prescott and No. 15 Lee Williams to go this year.

“It’s great, but it’s only gonna get tougher from here,” said Quesada, who is 6-1 as Mingus Union’s new skipper. “We have Lee Williams and Flag and Prescott. I mean every league game is important, but especially with that team up north in Flag, it’s gonna be a very, very tough battle and I look forward to it.”