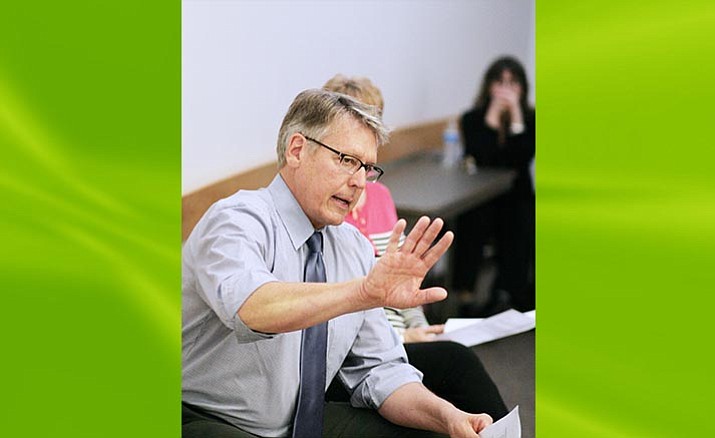 Cottonwood —  Micah Swenson may have said it best Tuesday when he admitted to his fellow consolidation committee members that he is “not a numbers guy.”

“I’m an idea guy,” said Swenson, an eighth-grade teacher at Cottonwood Middle School. “Is consolidation a good idea for the community? I don’t know. But we are talking substantial money that is not available. I don’t think there’s an easy answer.”

The money Swenson spoke of was not just the roughly $148,000 per year that Cottonwood-Oak Creek and Mingus Union business managers said it could take to even out the wages of a merged districts’ classified staff, but also the approximate $650,000 per-year they said last month that it would take to equalize teacher salaries.

These numbers are in sharp contrast with the approximately $1.4 million in savings that the Andy Groseta group has stated since February 2017 would be available should the two districts merge.

During Tuesday’s meeting of the Advisory Committee for Consolidation, David Gray asked Groseta how a district would operate with a roughly $800,000 per-year increase in teacher salaries in a consolidated district.

Pros and cons of the consolidation committee

Because of a prior work commitment, consolidation committee member and Cottonwood-Oak Creek school board member Jason Finger was unable to attend the April 3 meeting.

But he said that he was ready to begin work on the list of topics the committee has discussed since its first meeting in November.

“Each topic would have a pro side and a con side,” Finger said. “We’ll present it and discuss it as a group.”

Finger said Wednesday that he sees “things [with the committee] wrapping up,” though “maybe not at the next meeting.”

Has the committee met its objective of finding facts that can be delivered to the Mingus Union and Cottonwood-Oak Creek school boards?

“It’s hard to identify facts,” Finger said. “Facts are undisputed. We disputed just about everything that came up. We had lots of points that were debated, we had points and counterpoints, but not facts that we could agree on.”

Though Finger said that the end result of the committee “didn’t play out the way I expected,” the group “brought up a lot of nuggets of information.”

One way or the other

Though Cottonwood-Oak Creek School District’s governing board officially decided in December that it is in support of efforts to consolidate its district with Mingus Union, Swenson admitted at Tuesday’s meeting of the Advisory Committee for Consolidation that he has not made up his mind “one way or the other” about a merger of the two districts.

“How do you sustain through these thin years when you know the better years are coming?” Swenson asked. “If we cut programs, kids will go elsewhere.”

Comparing the administrative structure of a proposed district that combines both Cottonwood-Oak Creek and Mingus Union is far from easy, committee chairman Dan Mabery said Tuesday.

“Arizona dictates we struggle,” Mabery said Tuesday of the state’s bottom-three ranking in money allocated to schools. “To pre-plan what a consolidation looks like is impossible. There’s some stuff that the new board would have to identify.

“I don’t think there’s apples-to-apples out there,” Mabery said. “It’s just different situations … it comes down to ‘is a sixth-grade teacher less valuable than a high school teacher?’”

The financial analysis presented in Tuesday’s meeting, according to C-OC Director of Business Services David Snyder, is “driven by minimum wage laws.”

Operating at about half-staff, the committee also discussed the impact of the Teacher Experience Index.

“We’ll look at these two documents at the next meeting,” Glazar said.