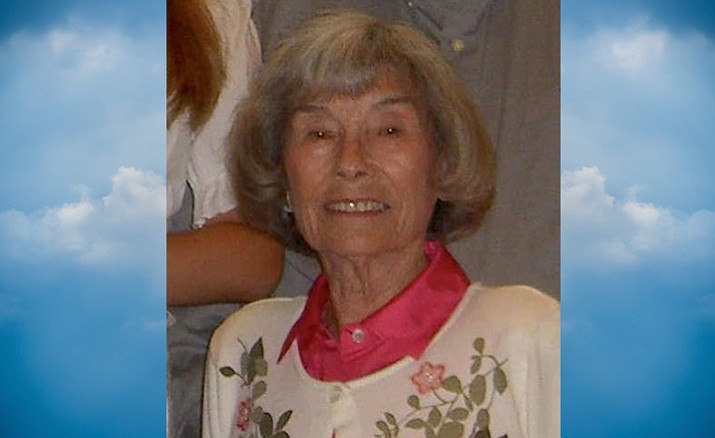 Gloria O. Slipher, 88, of Flagstaff, Arizona, went home to her Maker on Monday, April 2, 2018, after a brief but courageous battle with cancer. She spent her final days surrounded by family and friends.

A beloved educator, Gloria spent 27 years as a Flagstaff elementary school teacher, 26 of which were spent at Weitzel Elementary School, where she taught many bright minds and touched countless lives. She graduated from Northern Arizona University with a Bachelor’s Degree in 1964 and a Master’s in 1969.

Gloria was an independent spirit who enjoyed traveling, exploring the world around her, spending time with family and friends, and taking her beloved dog, Mo, for walks.

Gloria dedicated her life to the service of the Flagstaff Community and Navajo Nation. She was an Honorary Advisory Board Member at Lowell Observatory, Member of the Flagstaff Elks Lodge, served the FEA and NEA, as well as the Poore Medical Clinic where she served as a volunteer.

Gloria often spoke about her life experiences with family, friends, and any friendly person she met. She was a dedicated wife, mother, grandmother, great-grandmother and friend who will be dearly missed.

Gloria is survived by her loving husband, Earl; son, Les and wife, Terri; grandsons, Christopher and wife Nallely, Mark and wife Evelyn, and Stephen and wife Nicole; her three great-grandchildren, Sarah, Reagan and Brantley; and her precious dog, Mo. She was preceded in death by her eldest son, Edwin E. Slipher.

Friends and former students are invited to attend a celebration of Gloria’s life, to be held on Saturday, April 14, 2018, at 1 p.m., at the Elks Lodge, 2110 N. San Francisco, Flagstaff.

In lieu of flowers, donations can be made in Gloria’s name to her favorite cause: the Poore Medical Clinic, 120 W. Fine Ave., Flagstaff.