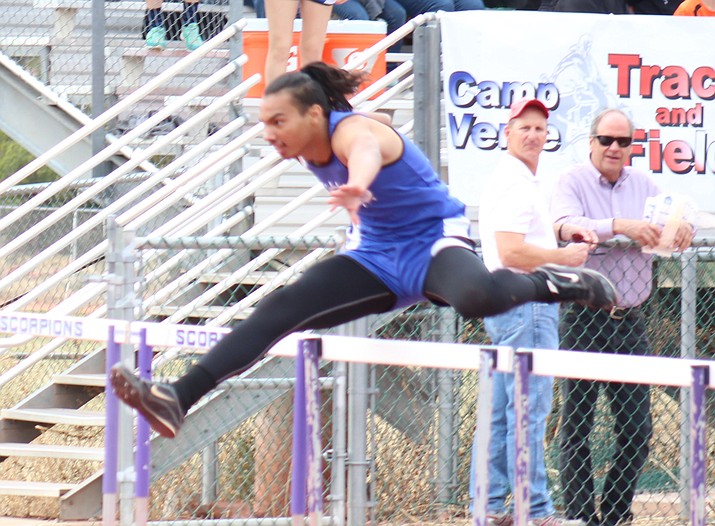 COTTONWOOD – Some of the best Northern Arizona prep track and field talent will converge on Cottonwood Friday as the Marauders play host to the Mingus Union Track and Field Invitational.

Both field and running events commence at 3 p.m., at Mingus’ Bright Field.

Sedona-Red Rock junior Evan Favorite should be the class of the field in both boys sprint events Friday. He can be expected to face a tough challenge from Mingus senior Jonathan Jung in the 100-meter dash. Favorite is currently ranked fourth in the state among Division 4 sprinters with best times this year of 11.38 seconds in the hundred and 23.19 in the 200. Mingus’ Jung has run 11.58 this year in the 100.

On the girls’ side, Mingus’ Hannah DeVore has been on a tear this season in both the 100- and 300-meter hurdles. In Division 3, she has the top times in the state in both events with personal bests of 15.60 and 46.50 seconds.

Friday’s Mingus Invite should be a distance showcase of sorts for both boys and girls as two area powerhouse schools – Hopi High School and Flagstaff’s Northland Prep – will be among the teams competing. Among local runners, Mingus junior Dallin Gordon ran a season’s best time at 1600 meters in last week’s Sun Angel Classic with a 4:50 clocking. Gordon and Mingus sophomore Lucas Doerksen have consistently run under 2:10 this season in the 800 with Doerksen turning in 2:05 and 2:06 relay splits in the 4X800 in the past two weeks. Both Doerksen and Gordon will have a tough test in the 800 from Sedona senior Nathan Hoyer, who is ranked third in the state in Division 4 with a best time of 2:02. The 4X800 relay will also be a strong event Friday with the teams from Northland Prep and Hopi facing off against Sedona (8:47) and Mingus (8:57). The boys 4X400 also could be one of the best races of the meet as both Sedona and Mingus have best times this season of 3:37and both have qualified their relay teams for the state meet.

Sedona sprint sensation Evan Favorite is also a force in the long jump this season where he has a season’s best leap of 20-feet, 11-inches. Camp Verde’s Holdgrafer is very solid in the triple jump with a best effort of 40-feet, 2-inches. Mingus senior Jonathan Jung has a best in the triple-jump of 41-feet and last week jumped a seasonal best in the high jump at 6-2.

In the pole vault, expect Sedona to dominate. For the boys, junior Drake Ortiz has jumped 12-6 so far this season and junior Forrest Hartley has cleared 12-feet. Julia Koss is among the state’s best among girls Division 4 vaulters with a best jump of 10-feet. She also doubles up in the discus and has a season’s best throw of 100-feet.

Those attending Friday’s Mingus Invite will want to keep their eye on the throwing circles. Marauder junior Kendrew Streck has emerged as one of the best throwers in Arizona this year. He’s tied for 7th in the state in the discus with a season’s best effort of 132-feet, 2 inches.

This week, Streck dropped to No. 2 in the state in Division 3 shot put rankings with a best throw of 50-feet, 10-inches, a MUHS school record. Streck has topped out at 50-10 in his last two competitions, and in last week’s Sun Angel Classis he had three legal throws all beyond the 50-foot barrier.