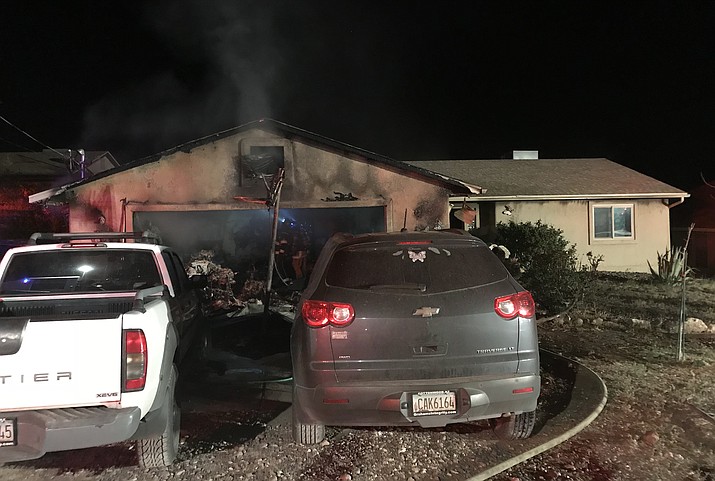 RIMROCK – At approximately 1:06 a.m. Sunday, April 15, Copper Canyon Fire and Medical Authority responded to a report of a house on fire on Bentley Drive in Rimrock.

Upon arrival of the first engine, the garage was “fully involved with fire and part of the house,” according to a press release from CCFMA Battalion Chief Steve Sarkesian.

According to the press release, the home’s occupants said that they woke up due to the smell of smoke, then they discovered a fire in the garage.

With all occupants out of the home, fire crews started an offensive fire attack, the press release stated.

The press release also stated that CCFMA firefighters “were able to control the fire shortly after their initial attack,” but the garage “was completely destroyed from the fire and the kitchen area was also damaged.”

The remainder of the home was damaged by heat and smoke, the release stated, though no injuries were reported. Four dogs were rescued from the residence and appeared to be unharmed.

The exact cause of the fire is unknown, the release also stated.