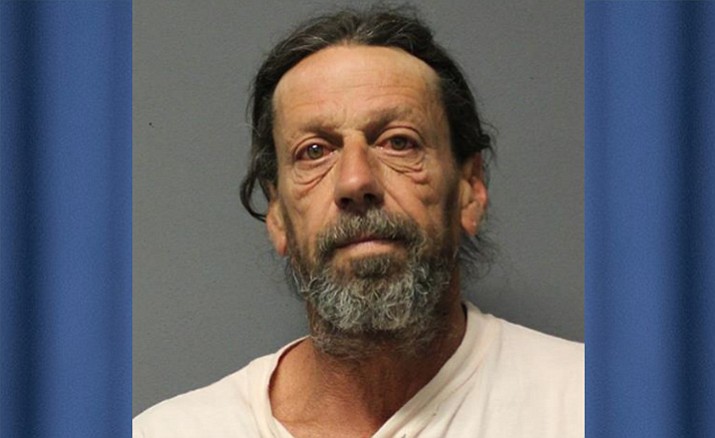 At approximately 10 p.m., police responded to a call of a suspected impaired driver, according to a news release from Cottonwood PD. The caller told dispatch a man was visibly impaired and almost hit the caller with his blue Chevy pickup in the Circle K parking lot. The caller witness Burns walk into the store and left southbound on Main Street in the truck. Officers discovered Robert Lee Burns in the Suzy Q parking lot. The business was not open at the time.

The news release stated Burns was asleep in his truck with the windows halfway down. Officers noticed a strong odor of alcohol emitted from inside the cab.

When burns was woken by police, his speech was slurred and his eyes bloodshot and watery. Officers identified themselves and asked Burns to step out of the vehicle. Burns refused and “made a gesture with his hand as if it were a gun and he was shooting the officers,” the news release stated.

Burns was forcibly removed from the truck and “put up a brief struggle” before being placed in handcuffs.

Officers found knives on Burns’ person and inside the truck. Police investigation revealed Burns to be a prohibited possessor with a suspended driver’s license on supervised release from the Arizona Department of corrections. Officers also discovered marijuana and drug paraphernalia.

According to Yavapai County Court records, Burns pleaded guilty to possession of a deadly weapon by prohibited possessor and resisting arrest in 2015. Burns also has a previous DUI from 2003.