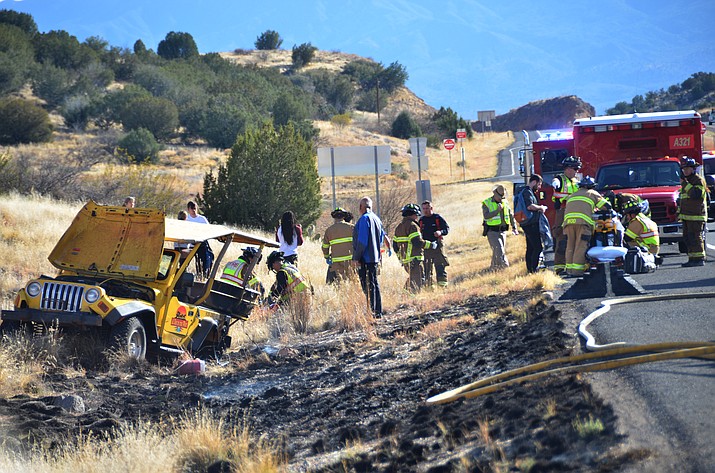 The driver in a tour jeep rollover from last month has died due to injuries sustained in the accident, according to Bart Graves from Arizona Department of Public Safety. VVN/Vyto Starinkas

SEDONA -- The driver in a tour jeep rollover accident that occurred last month has died due to injuries sustained in the accident, according to Bart Graves from Arizona Department of Public Safety.

The driver died in a Phoenix-area hospice Tuesday night, according to Graves.

According to a news release from Jon Davis, fire marshal for the Sedona Fire District, the accident involved a tour jeep that had been carrying six passengers plus the driver. The jeep had rolled over but came to rest in an upright position. A small brush and grass fire had been ignited as a result of the accident, the news release continued.

According to Davis, all occupants were out of the vehicle when emergency services personnel arrived. The driver had been removed from the vehicle by people at the accident scene and was later transported by helicopter to Flagstaff with serious injuries.

Two occupants were transported to Verde Valley Medical Center in Cottonwood. Four of the other occupants refused treatment or transport, according to the news release.