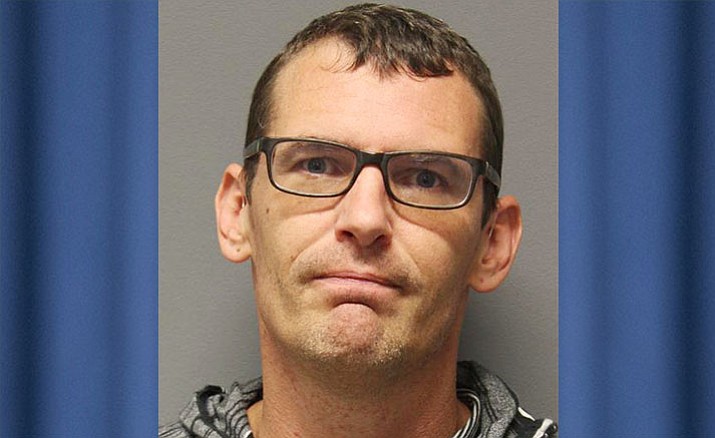 CAMP VERDE – A man was sentenced Tuesday morning after pleading guilty to felony charges in a molestation case occurring from 2010 to 2014 in both Cornville and the Village of Oak Creek.

Zimmerman is the second of two men to be sentenced in relation to the incidents. His former partner, Richard Byard Sumner, was sentenced to eight years in prison March 29. Sumner pleaded guilty to three counts of child exploitation.

The plea agreement offered Zimmerman a range of 24 to 35 years in prison for pleading to charges of attempted luring of a minor for sexual exploitation, child molestation, continuous sexual abuse of a child and two counts of sexual exploitation of a minor. The State suggested the court sentence Zimmerman to 30 years for sparing the victim from trial proceedings by entering into the plea agreement.

State prosecutor Ethan Wolfinger pointed out the length of the offenses was a “key feature” in sentencing.

“[Four years] is a long time to take advantage of a young child,” said Wolfinger in his statement to the Court.

“In reading Mr. Sumner’s report and Mr. Zimmerman’s, both accuse each other of emotional and physical abuse – seemingly more focused on that abuse than the harm inflicted on the child,” Wolfinger said.

Defense attorney Tony Gonzales cited Zimmerman’s remorse and own sexual abuse as a child as mitigating factors. The defense requested the minimum sentence of 24 years.

Zimmerman read a statement to the court.

“I would like to apologize to everyone, especially my victim, for all the pain and suffering that my wrongful actions have caused and I hope with the right counseling and treatment they can move on and have a full and healthy life,” Zimmerman said. “I also want everyone to know I have no one to blame but myself and I take full responsibility for my wrongful actions.”

Judge Bluff found Zimmerman’s remorse and familial support to be mitigating factors, but not Zimmerman’s own abuse as a victim.

“The fact that you experienced molestation as a child – I don’t find that as a mitigating factor and I’ll tell you why,” Bluff said.

“You’re a grown man, 45 years old … If I were to look at this from the standpoint that child molestation committed against you is what has caused what you did in this case, then no amount of prison time is sufficient to protect the public from you.”

He continued: “If I were to view it from the other standpoint of, there’s a possibility that you knew your actions were wrong and should have stopped it, then an appropriate amount of prison time would be the correct resolution … so it’s either one or the other, you can’t have it both ways.”

Both statements made by the victim in Sumner’s case as well as the photographs of the victim were taken into consideration by Bluff.

Zimmerman was sentenced a total of over 32 years in the Department of Corrections. Bluff suspended imposition on two charges and placed Zimmerman on lifetime probation upon his release.