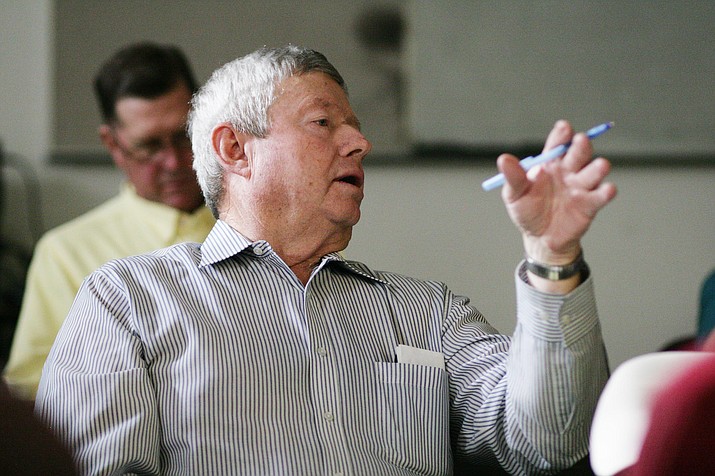 COTTONWOOD – The Advisory Committee for Consolidation will meet Tuesday to discuss whether or not to move forward on direction regarding school district unification, according to the committee’s agenda posted earlier today.

As members of the Advisory Committee for Consolidation work toward a conclusion, the group that first brought the suggestion of merger to both Cottonwood-Oak Creek and Mingus Union school districts is getting closer to inclusion on the November ballot.

The group now known as Initiative for Better Upper Verde Valley Schools has collected petitions as they seek a consolidation of Cottonwood-Oak Creek and Mingus Union school districts into one, unified school district.

Although the return of petitions, according to Yavapai County Schools Superintendent Tim Carter, “is conditioned on approval of a striker, SB 1254, and a retroactive clause, that is being currently considered in the Arizona Legislature.”

The petition language reads: “Initiative for Better Upper Verde Valley Schools – 2018: We, the undersigned, citizens and qualified electors of Yavapai County, respectfully support the consolidation of Cottonwood-Oak Creek School District #6 and Mingus Union High School District #4, pursuant to A.R.S. § 15-459(B) (7) and propose that said consolidation be submitted to the qualified electors of the State of Arizona, County of Yavapai.

The petition language also says, “If the consolidation is successful, the two five-member school boards of the former independent school districts will merge by election into one five-member school board for the new consolidated district, and certain duplicative administrative positions will be eliminated, allowing excess administrative costs to pass into the classrooms. This initiative measure is styled SCH18-INT-001.”

“Our grassroots working group wants to assure the voters in our local school districts that they have a voice in the consolidation process,” Groseta said.

In May 2017, the Clarkdale-Jerome School Board announced that it had no interest in a merger.

Since November, a committee of members from the community and both the Cottonwood-Oak Creek and Mingus Union school districts has been charged with collecting data to bring to the respective school boards.

The Advisory Committee for Consolidation is scheduled to meet at 4 p.m. Tuesday, May 1 at the Cottonwood Public Safety Building multi-purpose rooms A & B, located at 199 S. 6th St.

This meeting, the first for the committee since April 3, will be open to the public.