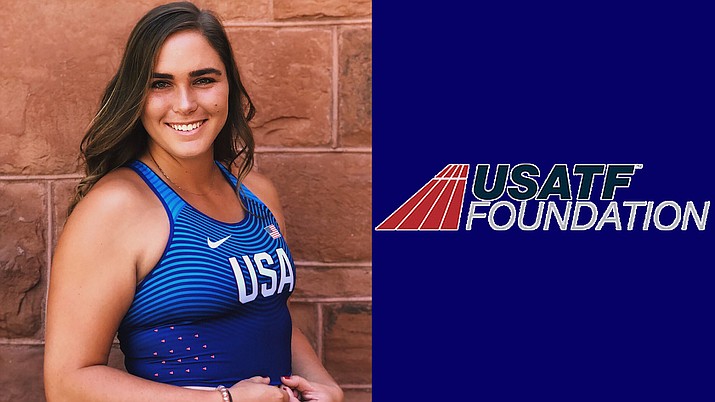 FLAGSTAFF — Northern Arizona junior quarterback Case Cookus has been selected to the Preseason Watch List for the prestigious Walter Payton Award, which honors the top offensive player nationally in the FCS.

Cookus is one of 25 players to appear on the preseason list and enters the 2018 season with 72 career passing touchdowns, over halfway to the FCS record of 140 currently held by Grambling State’s Bruce Eugene (2001-05). His 72 passing TDs currently rank as the third-highest total in Lumberjack history and are 22 shy of tying the program’s all-time leader Jason Murrietta’s total of 94 (2003-06).

The Thousand Oaks, Calif., native has amassed 7,703 passing yards (fifth-most in NAU annals) during his 27-game career and recorded three games with over 400 yards passing and 11 games with 300-plus through the air.

Cookus was a 2017 first-team All-Big Sky selection after tossing for 3,413 yards and 22 touchdowns against just six interceptions while leading the Lumberjacks to an appearance in the 2017 NCAA FCS Playoffs. He was also honored as the 2015 recipient of the Jerry Rice Award, which is presented to the best freshman nationally in the FCS.

The junior quarterback will be looking to become the second NAU player to receive the coveted honor, joining running back Archie Amerson, who captured the award in 1996.

The Lumberjacks open the 2018 season on Saturday, Sept. 1 at UTEP before hosting Eastern Washington in the home opener on Sept. 8 at the Skydome.

Butler enters the 2018 campaign just 49 receptions, 501 yards and two touchdowns away from tying Northern Arizona’s career records in each of those categories. He already holds the single-season records for yards (1,208) and touchdowns (16), which he set in 2015.

The Phoenix native, who missed all but three games last season due to a shoulder injury, is expected to pick up where he left off as the top receiving threat for the Lumberjacks in 2018.

Butler is one of 15 Big Sky Conference players named to one of STATS Preseason All-America squads, the second-most of any FCS Conference nationally.

Andersen received one of an additional 45 grants handed out to some of the best athletes in the country. Each athlete will receive a grant in the amount of $5,000 to help relieve the financial stress and expenses that come with competing internationally such as proper coaching, training, medical care, recovery and travel.

“Thank you so much to the USATF Foundation for this generous support,” an excited Andersen said via twitter. “This means so much to me. This is definitely going to help me in my journey to get to the next level.”

2018 marked an enormous milestone for the Foundation and its Elite Athlete Development Program. The program, which began in 2006, gave over $1 million to athletes in a calendar year for the first time in its history. In total the foundation has handed out $1,337,000 in awards to former collegiate athletes.

The program has exponentially grown each year thanks to the generous donations from its Board of Directors along with the many passionate fans of the sport. The Foundation community sees the importance of supporting these athletes so they can focus on their craft and develop a lasting and successful career in the sport following graduation.

Andersen will continue to push towards her professional career as the two-time NCAA Hammer Throw runner-up signed with an agent after graduation this past May. She is apart of the USA Track and Field program.

More information on the program along with ways to donate can be found at usatffoundation.org.