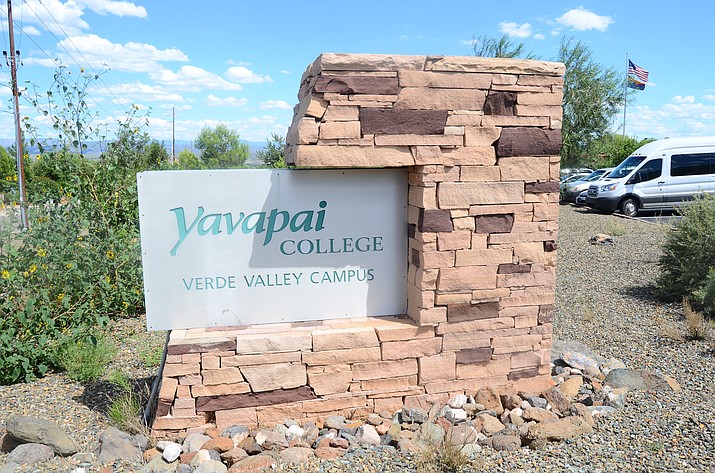 “They invited us to apply for a part of their grant to continue to service these students,” Mulcaire said.

Seven years ago, Gear Up was implemented to better expose young people to the opportunities of college. In Yavapai County, two high schools, Mingus Union and Prescott Valley’s Bradshaw Mountain, were given this opportunity.

It actually started in the community’s middle schools, as students were preparing for college beginning in the seventh grade.

Yavapai College currently has 162 Gear Up kids, with 151 of them from the Verde Valley, according to Meghan Paquette, the college’s Gear Up success adviser.

Gear Up students are starting their first year at Yavapai this year, and have an orientation scheduled from noon until 3:30 p.m. Aug. 9 at the Verde campus, located at 601 Black Hills Drive in Clarkdale. Call 928-634-7501 for more information.

Called the Rising Rider Orientation, this introduction to the college life is separate from the college’s basic orientation in that Rising Rider is exclusively for the community’s Gear Up students.

Check in before noon. Following the orientation, Gear Up students will take a tour of the Clarkdale campus, what Paquette called a “find-your-classes tour.”

As director of Mingus Union’s Student Services, Gretchen Wesbrock said that the strength of the Gear Up program is the relationships.

“Gear Up is designed to get the under-represented kids into college successfully,” Wesbrock said. “It’s priceless. Yavapai College is a model of what this is supposed to look like.”

The grant, which NAU received from the US Department of Education, will help fund field trips to NAU, as well as the University of Arizona and Arizona State University.

“NAU is pleased to partner with Yavapai College to expand and enhance first-year services for GEAR UP students,” said Barbara Soby, Associate Director of Arizona Gear Up at NAU.  “Through our partnership with the District, the Mingus Union graduation rate increased by 15 percent this year, compared to last. We also have more students going to college and our partnership with Yavapai College will help these students complete their certificate, their degree, or their goal to transfer to university to continue their studies.”

Paquette also helps students build their resumes, as they “connect with potential employers,” she said.

To Wesbrock, the Gear Up program, is “priceless.”

“Yavapai College is a model of what this is supposed to look like,” Wesbrock said.