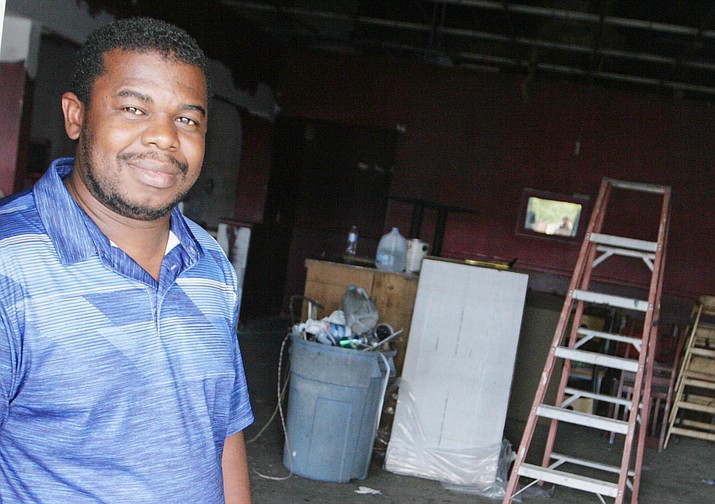 John Teah, owner of JT Bistro in Camp Verde, hopes to open an Asian restaurant in Camp Verde by the end of September, he says. The restaurant, which will be located in the old Ming House building, will be called Magic Wok. VVN/Bill Helm

By the end of September, Teah hopes to open his second restaurant. Called Magic Wok, the Asian restaurant will be located in the old Ming House building in the same center J.T. Bistro is located, at 348 S. Main St.

Whereas J.T. Bistro is classic elegant dining, Teah plans for Magic Wok to be “more affordable,” he says.

When Ming House left Camp Verde, that meant no Asian restaurants in town.

“And I love Chinese food,” the chef and entrepreneur says.

But Magic Wok isn’t just going to serve Chinese food, Teah says. Lovers of Thai, Vietnamese, Korean and Japanese food will also appreciate the restaurant’s offerings, he says. Even Indian and Filipino food will be on the menu.

“I wanted to bring something to this town that we don’t have,” he says. “The Vietnamese dish Pho, we’ll have that too. But I’ll put my own twist to it. It won’t be regular Vietnamese soup. I’m adding a little magic to it.”

Though Teah says the website is “a work in progress,” it does show a menu with poultry, pork, beef and seafood entrées, as well as vegetarian options. And all entrées are served with choose of fried rice, steam rice or house noodle.

Noodle and rice dishes, soup and salad and appetizers will also be available.

Take the sauce, for example.

“Everybody has a regular sauce for their egg rolls. We’ll have a special sauce,” Teah says.

And most importantly, everything is cooked to order.