Crews extinguish 6-acre fire off 89A between Clarkdale and Jerome 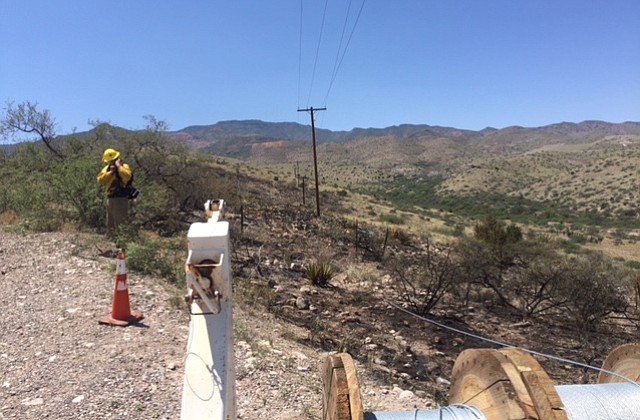 Fire crews were on scene for approximately two hours battling this 6-acre wildland fire off State Route 89A between Jerome and Clarkdale Tuesday. Photo courtesy of VVFD

Verde Valley Fire District crews from Station 36 spotted a wildland fire from in the area of State Route 89A between Jerome and Clarkdale Tuesday at about 10:45 a.m., reported Fire Chief Nazih Hazime.

“Crews were able to control and quickly establish division around the fire before spreading further. There were two homes threated but were protected by fire crews. Cause of the fire is unknown,” said Chief Hazime.

“There were no injuries; however a rehabilitation unit from VVAC was called in to monitor the firefighters and keeping them hydrated,” said Chief Hazime. “Overall 89A was closed for approximately 1.5 hours between Jerome and Clarkdale. The scene was left with Arizona Department of Forestry and Fire Management.”