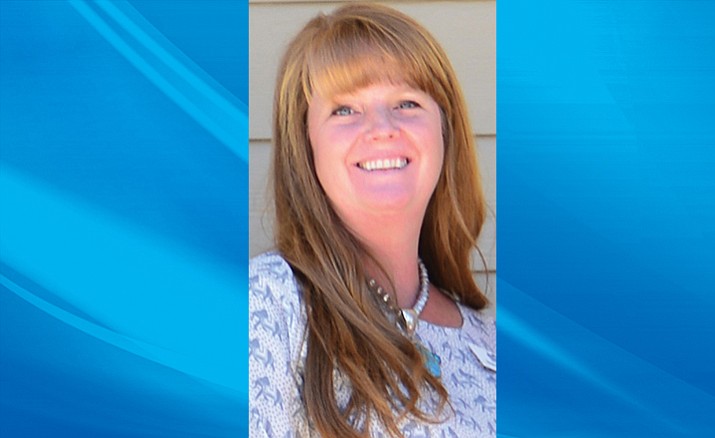 In Beaver Creek, incumbent Betty Hart and Rimrock resident and former Mingus Union employee Brandi Bateman (above) filed the necessary paperwork to run for the school’s board, which means that Yavapai County School Superintendent Tim Carter will appoint them to the school’s board in January.

This year, seven of the Verde Valley’s 10 school board elections will likely be canceled when the Yavapai County Board of Supervisors meet on Sept. 5.

Both Beaver Creek and Camp Verde school districts will have new board members come Jan. 1 as each has two persons running for three open seats.

But neither of the two districts will have a school board election in November, and neither will Clarkdale-Jerome, Sedona-Oak Creek or Valley Academy of Career and Technology Education. Due to lack of candidacy.

In Beaver Creek, incumbent Betty Hart and Rimrock resident and former Mingus Union employee Brandi Bateman filed the necessary paperwork to run for the school’s board, which means that Yavapai County School Superintendent Tim Carter will appoint them to the school’s board in January.

Same goes for Camp Verde’s Bob Simbric and Tim Roth, who also turned in their papers by the Aug. 8 deadline.

Carter said that in October, his office will begin the process to fill the open seats on those two boards by appointment, as well as openings on the Clarkdale-Jerome, Mingus Union, Sedona-Oak Creek and Valley Academy.

Aug. 23 is the deadline to file papers to be a write-in candidate for a school board, according to Jenn Nelson, Education Elections coordinator for Yavapai County Education Service Agency.

Visit http://ycesa.com/wp-content/uploads/2017/08/Nomination-Paper-Write-In-Fillable-05-2017.pdf if interested in becoming a write-in candidate.

‘Walking away’ from Cottonwood-Oak Creek to Mingus Union

At Mingus Union, there are currently four candidates for three board seats. But two of those seats are four-year terms, and two of the candidates have filed paperwork for those two seats – so there will not be a four-year election this year at Mingus, as Carter will appoint candidates Stephen Currie and John McTurk in January.

But Mingus Union will have an election for a two-year seat, as two candidates, Carol Anne Teague and current Cottonwood-Oak Creek board member Jason Finger have turned in their papers to run.

For Finger, running for the Mingus Union board is his way of living up to a promise he made to himself “over a year” ago that he was “walking away” from the Cottonwood-Oak Creek board after 12 years.

“Two days ago, I submitted my nomination petitions to run for a position on the Mingus Union High School Board,” Finger said. “After reviewing the list of potential candidates interested in a seat, I felt that the board needed a strong voice for students, which I have always been.”

Though she pulled a packet to run for both the Cottonwood-Oak Creek and Mingus Union school boards, longtime Mingus Union board member Anita Glazar has decided to not return to the board.

At Clarkdale-Jerome, two incumbents, Laurie Lozano and Dale Williams, filed papers, but a third, Becky O’Banion, did not. Neither did anyone else pull or file papers, so Carter will appoint Lozano and Williams to Clarkdale-Jerome in January.

Valley Academy has three opening this year, but one of those representatives – Cottonwood-Oak Creek rep Steve Dockray – announced earlier this year he is not returning.

As nobody has filed papers to run for that seat, VACTE’s Camp Verde representative Steve Pike and Mingus Union district representative Leland Wieweck have filed their papers, and will be appointed in January.

At Sedona-Oak Creek, incumbents Karen McClelland and Lauren Robinson have filed paperwork to run for their seats, but with three openings, Carter will appoint McClelland and Robinson in January.

Elections will be held for two openings on Yavapai College’s District Governing Board, as District 1 and District 3. Current board member Connie Harris and former Verde Valley Board Advisory Committee Member Paul Chevalier will run for the District 3 seat, and incumbent Ray Sigafoos will try to defeat challenger Wayne Meddaugh for the District 1 seat.

With the college looking to replace President Penny Wills retiring at the end of the year, Sigafoos said recently that “it is critical that the board retains continuity of experienced members to guide the new leadership.”

Cottonwood-Oak Creek will not have an election this year, as there are three candidates for three openings. In January, Carter will incumbent Eric Marcus and challengers Mindy Bejarano and Neil Manzenberger to the board.

Things you should know about the Nov. 6 school board elections

Anyone interested in becoming a write-in candidate must turn in papers by Aug. 23. There are write-in openings on the Beaver Creek, Camp Verde, Clarkdale-Jerome, Sedona-Oak Creek, Mingus Union and Valley Academy boards, which means that if a write-in files paperwork, Carter’s office may not need to go through the process of finding candidates for that particular board.

The YCESA website also includes links for the next elections, an explanation of the election process, as well as an updated list of all candidates for each of the county’s school board elections.