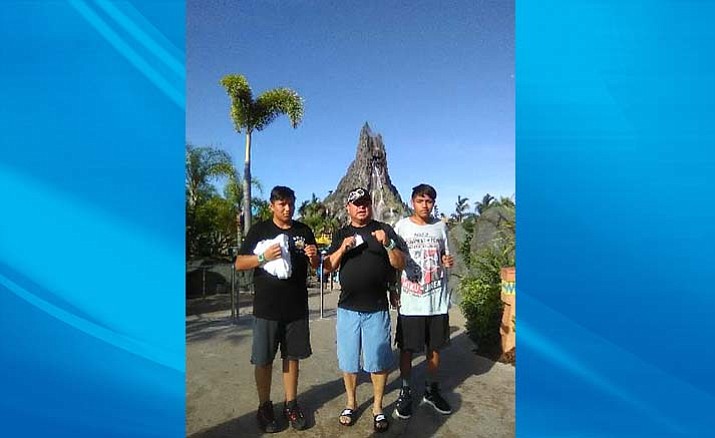 Hines and his brother Avery traveled to the IKF World Classic in Orlando, Fla. last weekend.

Trainer Richard Williams said the title fight was a “war both ways” as the boys almost fell out of the ring three or four times.

“Hats off to both young warriors and to the New 2018 IKF World Champ Ray Allen Houston Texas,” Williams said. “Brooks Mason the IKF world ambassador said that fight was one of the best combative fights of the whole tournament.”

Adam Hines opened the tournament with a win on Saturday, facing Natanel Rosen, from Boca Raton, Fla., who won the first round fight against Chase Shumate from Stuart, Fla.

Adam Hines won the first round and then earned a TKO in the second with a spinning back fist that landed on Rosen’s nose and ended the fight in a bloody manner.

The Hines brothers, who are from Camp Verde, are members of the Yavapai-Apache Nation and go to Mingus Union, will take a couple weeks off and then return to training. They are hoping to fight again in North Carolina in November and maybe Puerto Rico in February.

“Losers quit, champions never quit,” Williams said. “Thanks for all your support and donations on this learning journey.”