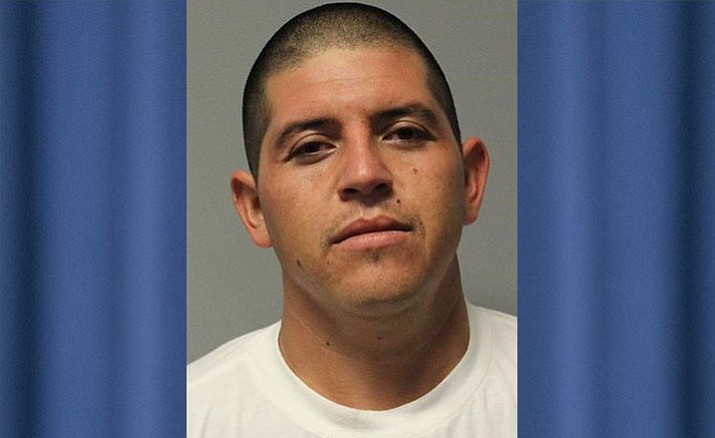 COTTONWOOD -- During the evening of Aug. 3, Cottonwood police officers responded to several calls throughout the city in reference to a man in a Chevy S10 making a disturbance and brandishing a firearm, according to a news release from Cottonwood PD.

Later in the evening, the news release states, officers were on a traffic stop near 14th Street and East Mingus Avenue when they heard gunshots.

“They responded to the 10 block of South 14th Street where they located a Chevy S10 parked in a driveway and Silvestre Castro-Garcia, 29, of Cottonwood,” Sergeant Monica Kuhlt said in the news release. “Although witnesses could not identify Castro-Garcia or his vehicle from previous reports that evening, he was subsequently arrested and charged with two counts of misconduct involving weapons, two counts of prohibited possessor of a firearm, possession of a weapon during a drug offense, possession of dangerous drugs and possession of drug paraphernalia – all felonies.”

During the investigation, a search warrant was executed on Castro-Garcia’s residence where several firearms, methamphetamine and drug paraphernalia were located.

Castro-Garcia was booked into the Yavapai County Detention Center.

Customs and Border Patrol also placed a detainer on Castro-Garcia because he is in the United States unlawfully.