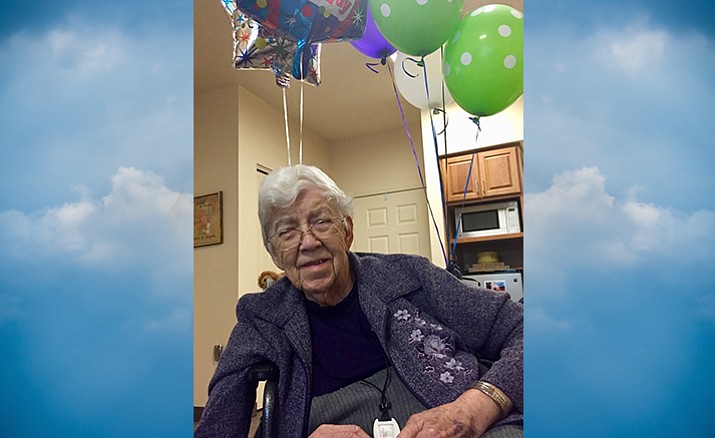 Eunie Jean Morin Wann, resident of Saline, Michigan, formerly of Cottonwood, Arizona, went home to be with the Lord on July 28, 2018.

She married Joseph Morin in Portland, Maine, on June 2, 1946. During her lifetime, she worked at the Naval Shipyards in Boston, Massachusetts, during WWII, and worked in a Mission Home and in several offices, and volunteered in church, but was mainly a homemaker. She also enjoyed doing needlecrafts and her needlepoint rug won first place in a competition.


At retirement, Joseph and Eunie moved to Cottonwood, Arizona, to work with Rainbow Acres, a facility to house adults with developmental disabilities. Joe and Eunie also belonged to the Lions Club and she was the first female member in Cottonwood.

A highlight of Eunie’s life was the opportunity to travel to Israel.

Bob and Eunie lived in Cottonwood Village until Bob’s death on Aug. 16, 2014. Soon after, Eunie moved to Linden Square in Michigan to be close to her extended family.

She will be laid to rest at Valley View Cemetery in Clarkdale, Arizona. Memorial services will occur in late 2018. In lieu of flowers, memorial donations may be made to Rainbow Acres in Cottonwood, Arizona (rainbowacres.com) or to the Cottonwood Lions Club (cottonwoodlions.org).