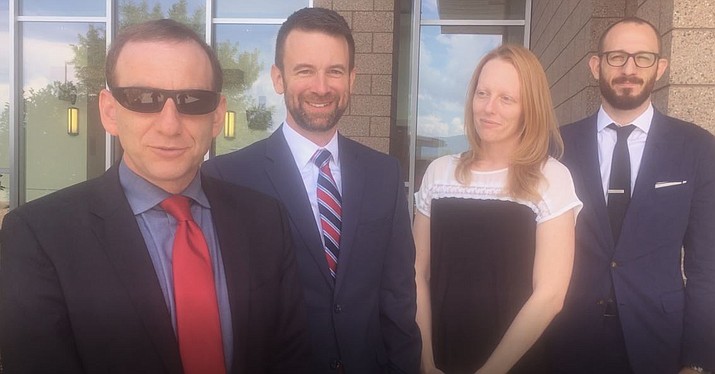 Mingus Governing Board released the following statement late Friday afternoon following the Judge David Mackey’s ruling The Mingus Governing Board's position with respect to the consolidation committee petitions has consistently been that the petitions in their current form were inaccurate, misleading and in violation of Arizona law. On day two of testimony, the committee agreed to withdraw its petitions, and Mingus agreed to withdraw its challenge to the constitutionality of the consolidation legislation. With these agreements in place, the matter settled. Mingus representatives are pleased with this resolution, which was facilitated by Judge David Mackey. Today's settlement means that any future election, presenting the question of school consolidation to Verde Valley voters, will follow a process that contains a fair and accurate petition form agreed to by the parties and approved by the Court. There will be no election this November. 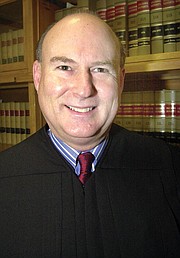 Judge David Mackey: “I know there will be feelings on each side, but let me assure everyone that probably no one would have been truly satisfied with a decision I would have made after two days of hearings. This is a good opportunity and a neighborly opportunity to recognize there are legitimate differences among good people in this community that need to ultimately be resolved by the people in this community.”

CAMP VERDE – The consolidation question between Mingus Union and Cottonwood-Oak Creek School District won’t be on the ballot this November following a negotiated settlement Friday.

Presiding Yavapai County Superior Court Judge David Mackey ruled for a “neighborly compromise” Friday in a multiple-party lawsuit concerning the constitutionality and petition legality of a ballot question on whether or not the two districts should merge.

The ruling came right before lunch Friday after two days of arguments at the Yavapai County Superior Court in Camp Verde. Most of Friday’s arguments occurred behind closed doors.

In July, the Mingus Union School Board filed a 500-plus-page lawsuit against multiple parties after the pro-consolidation group, the Committee For Better Upper Verde Valley Schools, filed petitions to get the consolidation question on the ballot.

All parties agreed to withdraw litigation Friday and the consolidation election will be officially canceled until further notice following a public vote by the Mingus Union School Board this coming Monday at 4 p.m.

The ruling encourages all parties to work with Judge Mackey on new petition language to get the consolidation question to the voters in a future election.

The agreement bars Mingus from challenging the constitutionality of Arizona Revised Statute § 15-459(B)(7), legislation that passed last spring allowing a common school district to be absorbed into a larger district. The law also takes away Mingus’ veto power to cancel an election.

Mingus also cannot challenge any future petition drives, although they can challenge the legitimacy of individual petition signatures, according to the ruling.

Mackey said he was pleased all parties could reach common ground.

“I know there will be feelings on each side, but let me assure everyone that probably no one would have been truly satisfied with a decision I would have made after two days of hearings,” he said. “This is a good opportunity and a neighborly opportunity to recognize there are legitimate differences among good people in this community that need to ultimately be resolved by the people in this community. I wish you all well in that regard.”

After the ruling, Mingus’ attorney Joseph Kanefield said in a statement to The Verde Independent that they were “very pleased with the result.”

“We thought Judge Mackey brought all the parties together to reach a fair resolution here to stop litigation,” he said. “We will work with the school superintendent on a form that can be used that will be in proper order format going forward. We took our constitutional claims off the table as a good-faith gesture as a result of the settlement arrangement and we think people were obviously very pleased with the result here today.”

He said the only thing his group has given up is “the expense of the inevitable appeals that would result if this matter was not settled.”

“We can invest a fraction of those sums to generate another petition drive as soon as the law permits, knowing that [Mingus] has agreed not to object to such effort.”

Groseta said his group aims to start the petition process again once new language is drafted. The earliest voters could see another election would be March or June, he said.

Member Phil Terbell said they want to start the process again soon as to not lose “community momentum.”

• Aug. 24, 2018: Presiding Yavapai County Superior Court Judge David Mackey ruled for a “neighborly compromise” in a multiple-party lawsuit concerning the constitutionality and petition legality of a ballot question on whether or not the two districts should merge, and, in effect, canceled the Nov. 6, 2018 consolidation election.