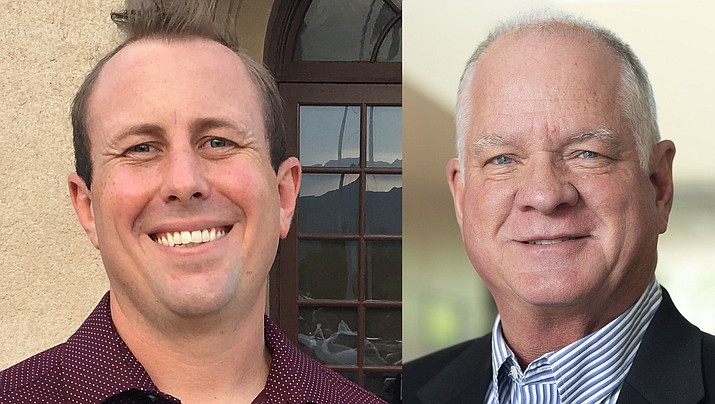 “Based on the Unofficial Primary Election Results released by the Yavapai County Elections Department at 8:08:43 pm on 8/28/18, it appears that Clarkdale candidates Benjamin Kramer and William “Bill” Regner were elected outright in the 2018 Primary Election,” Town Clerk Mary Ellen Dunn reported in an email to The Verde Independent.

Unofficial results show the following votes cast for each candidate:

“With both Clarkdale Town Council seats being elected outright in the Primary Election, there will be no council candidates on the Nov. 6, 2018 General Election ballot,” Dunn reported.

Incumbent Hunter Bachrach was the top vote-getter in Jerome Tuesday with 63 votes, or 18.81 percent of the ballots cast in the mountainside community.

Jerome voters were nearly split down the middle on the question of whether the town should convert from full-ballot elections every two years vs. having council members elected to four-year staggered terms. The measure went down to defeat by a 46-44 vote margin.

Incumbent Mayor Sandy Moriarty was a clear winner in her re-election bid with 911 votes, claiming 55 percent of the total tally.

In the race for a four-year seat on the council, Janice Howes Hudson, Scott Jablow and Bill Chisholm were the top three vote getters while Jessica Williamson forged a nearly 100-vote victory over Mike Ward for a two-year seat on the ballot.

Sedona’s home rule question – Proposition 444 – was clearly endorsed by voters with 1153 yes votes and 546 no votes.