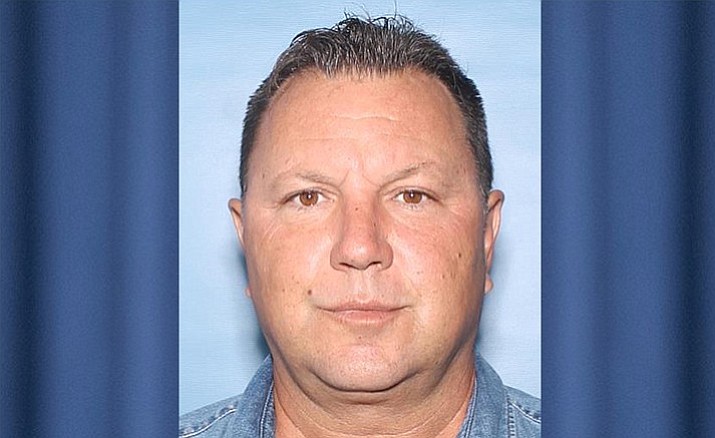 CAMP VERDE – A Prescott man who pleaded guilty in a February armed robbery of a Chase Bank in Camp Verde was sentenced to 14 years Monday. He will get 186 days credit for time already served.

Shawn Manning, 54 was arrested on Feb. 22 after robbing $2,800 in cash from the Chase Bank on 402 W. Finnie Flats Road, according to the Camp Verde Marshal’s Office. He was charged with one count of armed robbery and one count of aggravated assault, according to court documents.

According to a news release sent out by CVMO, Manning entered the bank and showed a note to the teller advising her of the robbery. The teller was present in the courtroom Monday.

According to CVMO, Manning told the teller to hand over the money stated in the note or he would begin shooting. He also lifted up his shirt to reveal what appeared to be a semi-automatic handgun.

The teller complied with Manning’s demands while another Chase Bank employee called 911.

Manning fled the area in his vehicle and was later stopped at State Route 260 near Quarterhorse Lane, according to CMVO. He was placed under arrest after evidence from the robbery was found in his vehicle.

According to court documents, Manning has been convicted of multiple prior felonies and has been in and out of prison.

Prosecutor Ethan Wolfinger said it was his “conclusion” that Manning only committed the crime to go back to prison.

“It was so senseless and stupid,” Wolfinger said. “That’s the only conclusion I could draw.”

Wolfginer went on to describe Manning’s prior convictions dating back to 1991.

“He’s reckless and impulsive and it causes him to do violent things,” he said. “The teller is still dealing with the trauma.”

At court, Manning expressed remorse for his actions.

Manning said he was under pressure while taking care of his mother who has been diagnosed with Alzheimer’s. He also said a lot of his impulsive nature is due to a head injury he got when he was a child.

“I let my mind think what Chase Bank did was messing with me,” he said.

He continued, “I wish my conscience was with me 24 hours a day. Every night I think about what I did.”

Manning said on Monday that he hadn’t seen the bank teller since the robbery.

“I’m truly sorry for the mental anguish she’s been through,” he said. “I hope I can be forgiven somewhere down the road.”

Manning said he felt he deserved whatever sentence he got.

“In my mind I deserve way more but I have to fight for myself,” he said.

“Very few times I see remorse in this courtroom,” he said. “I find that you do.”

Bluff said he was originally planning on giving Manning 16.5 years but felt his remorse was a mitigating factor.