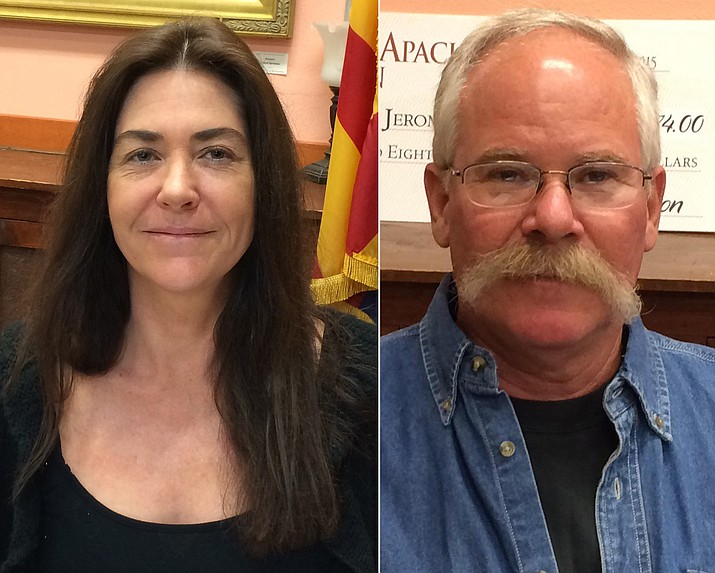 JEROME – Alex Barber and Hunter Bachrach, both incumbents in Jerome Town Council, tied for first in the Jerome primary for Town Council.

“I’m not sure how that will play out if that tie stands,” she wrote in an email. “I don’t know if that has happened before.”

The results as of Thursday morning show the following:

Jerome Mayor Frank Vander Horst trailed in at sixth place with 70 votes. The results aren’t final yet but if they stand, Vander Horst will be ousted from Town Council.

The measure for staggered terms for town council was also defeated in Jerome with 66 votes for it and 71 against it.

Unofficial results, as of Thursday morning, show the following votes cast for each candidate:

“With both Clarkdale Town Council seats being elected outright in the Primary Election, there will be no council candidates on the Nov. 6, 2018 General Election ballot,” Dunn reported.

In the race for a four-year seat on the council, Janice Howes Hudson, Scott Jablow and Bill Chisholm came out on top.

In the race for the two-year seat, Jessica Williamson defeated Mike Ward.

Proposition 444, the measure to keep Home Rule in Sedona, passed in the primary with 66.16 percent for it and 33.84 percent against it.