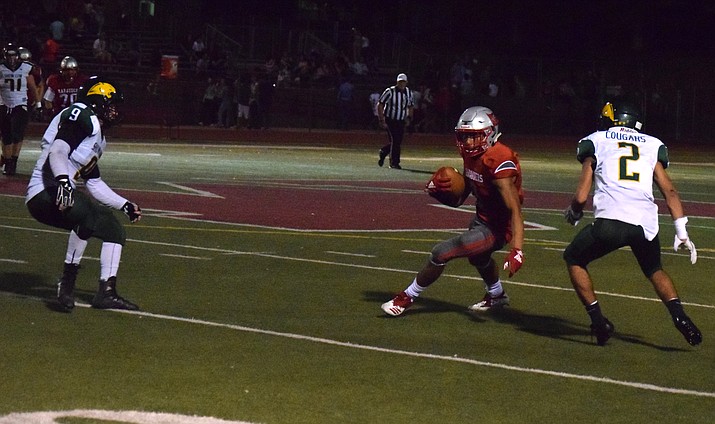 Thanks to their first 2-0 start since 2013, Bradshaw Mountain football extended their lead in the Grand Canyon Media Poll.

The Bears have led each of their three polls so far this year, ahead of second place Mingus Union.

Flagstaff moved up to third despite losing to Glendale 32-28, leapfrogging Prescott, whose came last week at Oro Valley Canyon del Oro was rained out in Southern Arizona.

Coconino, 2-8 last year, moved up to fifth after they beat Phoenix Thunderbird 42-28.