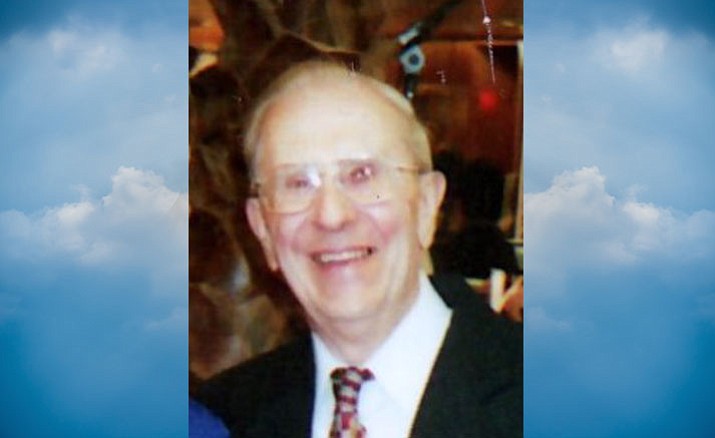 Wally graduated from Calumet High School in 1948. After graduation he joined the United States Navy and served as the official Aviation Photographer until his honorable discharge in 1951.

He and his family moved to Flagstaff, Arizona, where they resided for just over 20 years. He was an original Jaycee in Flagstaff for many years.

In 1973, he purchased The View Motel and moved his family to Cottonwood; after selling the motel he sold real estate, from which he retired. He was a lifetime member of the Elks and an avid model train enthusiast. He enjoyed square dancing with the Cottonwood Roadrunners Square Dance Club for many years.

He also leaves behind 22 grandchildren and 20 great-grandchildren. He was preceded in death by his parents and brother, Gordon.

Graveside services will be held at the Resthaven Park Cemetery in Glendale, Arizona on Saturday, Sept. 1 at 9:30 a.m. In lieu of flowers, the family asks that donations be made to St. Jude Children’s Research Hospital.