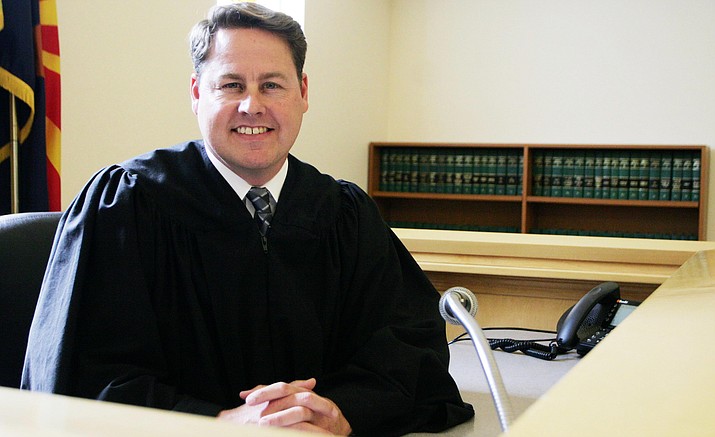 Since 2016, Joel England has been Chief Judge of the Yavapai-Apache Nation’s Tribal Court. On Jan. 2, England will replace John F. Phelps as CEO and executive director of the nonprofit that operates under the supervision of the Arizona Supreme Court. VVN/Bill Helm

He’s been an intelligence officer, a Judge Advocate General, and most recently, chief judge of the Yavapai-Apache Nation’s Tribal Court.

On Jan. 2, Joel England will begin a new career – as CEO and executive director of the State Bar of Arizona.

For his first month on the job, England will work alongside retiring CEO John F. Phelps, whose last day will be Feb. 1.

In his new job, England will serve the public “by ensuring Arizona attorneys practice competently, ethically and professionally and that people in Arizona have equal access to justice.”

England will oversee the State Bar’s day-to-day operations and report to the Board of Governors.

The Yavapai-Apache Nation has already begun its search to replace England, according to Jane Russell-Winiecki, the Nation’s Tribal Council Chairwoman.

“We are very disappointed that Judge England will be leaving us, but we are very happy for him and this new position,” Russell-Winiecki said. “The State of Arizona will be well served by his experience and we wish him well.”

The chairwoman also said that the Nation “look[s] forward to finding a replacement that will be able to fill those big shoes and help us accomplish the many challenges and goals for our judicial department.”

Though he is “looking forward to this new opportunity,” England “will miss working at the Tribe.”

“I am grateful to the Yavapai-Apache Nation for having had the honor of serving as its Chief Judge,” England said. “I am also excited for this new opportunity to serve as the leader of the State Bar, an organization charged by the Arizona Supreme Court with serving and protecting the public regarding the provision of legal services and access to justice.”