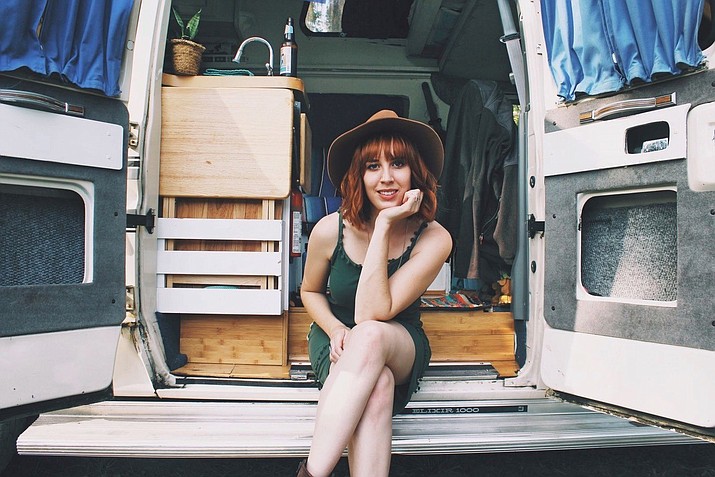 Savannah has released three EP’s of all original music: Throwing Stones (2010), She Sends Her Love (2012), and The Acoustic Collection (2013). By 2014 Savannah had formed her first band, Savannah & The Kings. Their first full-length studio album Bold & Unsteady was released in April 2015.

The road brings the stories and the music showcases the wisdom only experience can provide. By honing her live sound, Savannah brings her alternative folk sound at its very best to every performance. In addition to headlining her own shows, Savannah has opened the show for many artists such as Emmylou Harris, 10,000 Maniacs, Harpeth Rising, Sera Cahoone, Field Report, and award-winning Canadian country music singer-songwriter Ryan Cook, as well as performed with the Buffalo Philharmonic Orchestra. Savannah has released three EP’s of all original music: Throwing Stones (2010), She Sends Her Love (2012), and The Acoustic Collection (2013). By 2014 Savannah had formed her first band, Savannah & The Kings. Their first full-length studio album Bold & Unsteady was released in April 2015.

Vino Di Sedona is hosting a private party from 4-8 p.m. Dec 12, then re-opening for Savannah’s show. Please plan to arrive no earlier than 8 p.m. to see Savannah.

Rock n’ Roll with Life is Beautiful at Vino Di Sedona will be Dec 14, 7-10 p.m. Singer-songwriter KB Bren is a Sedona resident with a life-long music career. In the 1990’s and early 2000’s KB played with well-known bands, such as Grateful Fred and Cold December. KB will be playing his new originals, and old favorites with a few covers mixed in. KB, guitar and vocals, is joined by his band, Life is Beautiful - Michael Joseph, lead guitar, Chance Foster Jr., bass, and Wing, drums.

Saturday Wine Tasting on Dec 15 at Vino Di Sedona is accompanied by music by international singer-songwriter Darius Lux, 3:30-6 p.m. Darius is an award-winning artist who specializes in classic, uplifting pop with soulful vocals. Lux plays classic covers from Van Morrison to John Mayer, and his original songs connect with the heart through inspiring themes that range from empowerment to romance.

Saturday night brings the start of a Rick Busbea weekend. Rick will entertain on Saturday night and again on Sunday evening. Rick Busbea has been on the Sedona music scene for over four years, and his lively upbeat shows have given him the reputation of a “must-see” musician while in Sedona. Rick will be at Vino Di Sedona on Dec 15, 7-10 p.m. and Dec 16, 6-9 p.m.

KB Bren hosts an all new monthly Open Mic at Vino Di Sedona. The first Open Mic with KB is scheduled Dec 18, starting at 6 p.m. KB will provide a PA system and arrange time slots for musicians to play.