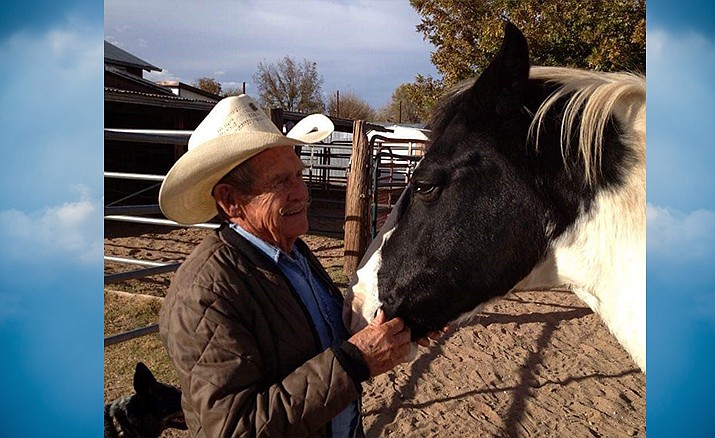 Bill was born on Dec. 6, 1926, in Exchange, West Virginia, to Jake and Virgie Dean. After completing the 7th grade, Bill began working as a coal miner for the Kopper Co. in Grantown, West Virginia.

He enlisted in the U.S. Army on Dec. 5, 1944, and served two years in the Philippines; following another year of service in Korea, he was honorably discharged on July 17, 1947.


He lived in Pennsylvania for several years (which is where his two children, William and Lea, were born) before moving to Ohio in the mid-1950’s.


Shortly after moving to Camp Verde, Bill (being a World War II Veteran) joined the American Legion Post 93 and the VFW Post 6739.

He was very proud of his Veteran status and became a member of the Honor Guard for those Posts.

Bill’s big passion in life was his love for horses and trail riding. He had been a member of the Santa Barbara Trail Riders Club from 1968-2018.

After he moved to Camp Verde he became a member of the Verde Valley Horse Council and was a founding member of the Tucson Saddle Club. He also belonged to the Arizona Desert Riders for many years.

He attended multiple rides for the Amigos Del Hospital Benefit Trail Ride, the Tucson to Tombstone Ride, and many more over the last 29 years. He also put on many miles riding down in the southern part of Arizona.

He and his riding buddies, Homer, Benji and Don, took on the big project of mapping out (using their GPS units) the Arizona Trail. They completed that project from Tucson to the Grand Canyon. Timing, health issues and bad weather prevented them from mapping out the rest of the Arizona Trail.

In addition to all the trails and rides he rode on, some of his absolute favorite spots were riding at Monument Valley, riding down into the Grand Canyon multiple times and the rides at Canyon de Chelly National Monument.

In 1994, Bill and a few friends started the Caballos Del Sol Trail Ride. He remained on the Board and rode as the Trail Boss for many years.

He was very instrumental in Caballos Del Sol being able to raise and donate $200,000 to many 501c3 charities.


Bill was one of those who truly did … “Ride to Live, Live to Ride.” That “Cowboy” hit the trail again one last time when he moved on to greener pastures up in the wild blue yonder!