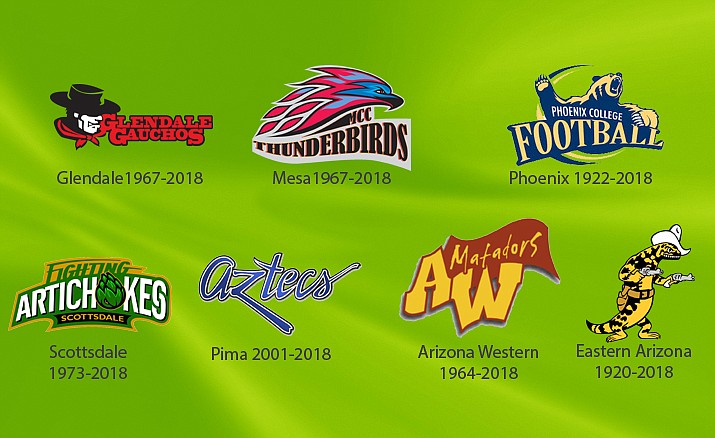 With Eastern Arizona College dropping football a few days ago, the last remnants of Arizona junior college football have been swept away.

After the Maricopa county community colleges ended their football programs, Pima in Tucson, Arizona Western in Yuma and finally Eastern in Thatcher dropped the sport, bring the number of Arizona junior colleges with football down to zero from seven.

“It’s very, very sad,” Mingus Union head football coach Robert Ortiz said. “It hurts to see that I was given that opportunity and some of my guys won’t have that same opportunity.”

“It was a sad for Arizona football as an entirety,” Ortiz said. “Junior college football kinda gets overshadowed by high school football but it was one of those unheralded things but it gave me as a small town kid the opportunity to continue playing football. Without Scottsdale Community College I wouldn’t have been able to accept a scholarship offer to play football at Dakota State.”

The decision came after millions of state funding for community colleges was cut. Football accounted for 20 percent of the athletic budget at MCCCD schools and 50 percent of the insurance cots.

Ortiz said that he recognizes that money is tight in education in Arizona but the benefits of JUCO football outweighs the cost.

Then in June the Pima Community College governing board dropped football. Western eliminated their program earlier this month.

“I think we all saw the trickle-down effect, which is now what’s occurring, once they dropped it,” Ortiz said. “Western can’t afford to send their school 20 grand a trip to play a game five times a year SO it was a trickle-down effect that caused one to drop it, then another and another.”

Ortiz said junior college football gave players the chance to play if they didn’t get offers from universities, if they didn’t like their experience at four year school or if they made a mistake and went to community college and came out a better person.

“I could give you hundreds of stories of kids that I coached before my time here that kids that needed second chances, needed second opportunities,” Ortiz said. “So it’s one of those things that’s very sad to see go away because of a lot of opportunities that are going away for in state kids.”

There were 65 junior college football programs in 2018. Yavapai College is down to four teams after they dropped men’s and women’s basketball in 2011.

Snow College in Utah is the last remaining football program in the Western States Football League.

“From what I’m told, their scholarships will stand true for the whole year, so like Martin specifically, I’m being told he’s going to stay in school through the spring semester,” Ortiz said.

“I know coach Mejia, he’s a very, very good human being and he’ll do his best to try and take care of Martin and I’ve already sent out offers to help him if he needs it, any which way that I can just being a Mingus guy,” Ortiz said.