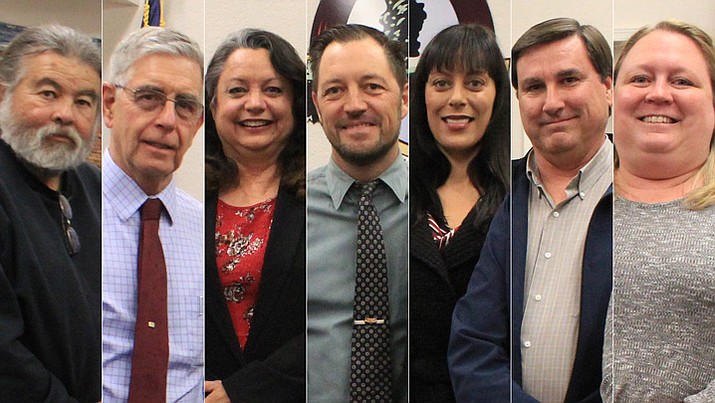 COTTONWOOD -- Tuesday, Brenda Clouston of the Old Town Association will update Cottonwood City Council on the organization’s progress and request funding for 2019.

Christian Oliva del Rio, President/CEO of the Cottonwood Chamber of Commerce, will assist Clouston in the presentation. Oliva del Rio was appointed as the OTA’s fiduciary agent following an embezzlement scandal last spring.

Over the summer, city staff decided not to fund the Old Town Association in the tentative budget as the organization was still in the process of trying to rebuild itself. In May, former OTA treasurer Traci Koelzer fled the city after embezzling thousands from the OTA bank account, according to Cottonwood police.

During a November regular council meeting, Vice Mayor Kyla Allen said she was “very impressed” with the OTA’s progress since their partnership with the chamber.

Cottonwood to appoint members to Parks and Recreation Commission

Cottonwood City Council may appoint two new members to their Parks and Recreation Commission during their next regular meeting Tuesday.

Edna Aherns and Donna Fulton both applied for the open seats.

According to the applications provided by Cottonwood city staff, Aherns is a licensed teacher, tax consultant and member of Citizens on Patrol for the Cottonwood Police Department.

Tuesday, Cottonwood City Council may approve an ordinance that would waive required front and backyard setbacks in Old Town.

The City’s current zoning ordinance requires a 20-foot front setback, a five-foot rear setback and a 0 – 15-foot landscape buffer. This ordinance is applied to many properties in Old Town.

According to staff documents, the current ordinance isn’t practical for older sections of Old Town and that many existing properties along Main Street are positioned close to the edge of the street.

“An increasing number of proposed and potential infill projects are starting to be affected by the existing requirements and prospective projects are prevented from moving forward due to the current rules,” staff documents state. “Therefore, staff is recommending an amendment the Zoning Ordinance to accommodate smaller lots, especially in the Old Town area.”

The city may approve the ordinance Tuesday during their regular meeting at 6 p.m. at Cottonwood Council Chambers, 826 N. Main St.

For agendas and minutes, visit http://cottonwoodaz.gov/129/Agendas-Minutes. A livestream of the meetings is also available on the Verde Valley TV YouTube channel.