McSally gets nod from Ducey to succeed Kyl in U.S.Senate 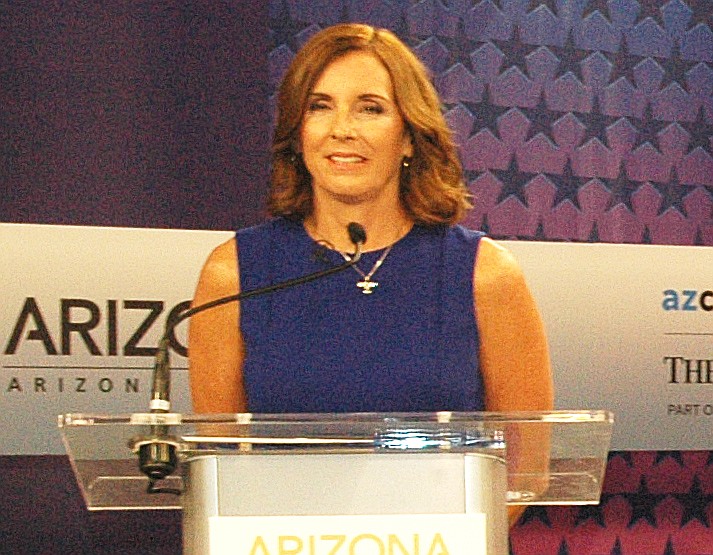 PHOENIX -- A month after losing her own bid for the U.S. Senate, Gov. Doug Ducey is appointing Martha McSally to a vacant seat in the upper chamber of Congress.

The move comes on the heels of the decision by Jon Kyl, who replaced John McCain after his death in August, to return to the private sector where he had been. That move had been long anticipated.

It also comes after the governor has been openly lobbied by Senate Majority Leader Mitch McConnell to name McSally to the seat.

There had been some pushback against naming McSally, and not just after she lost her own election to Democrat Kyrsten Sinema in a state where Republicans have a voter registration edge and Ducey himself won a new term handily.

McSally did herself no favors earlier this year when taking credit for a new defense spending bill without mentioning McCain -- no small feat as the legislation was dubbed the John S. McCain National Defense Authorization Act of 2019.

She sought to make amends by meeting recently with Cindy McCain.

But others in the McCain clan were not happy.

In a tweet several days ago, Ben Domench, husband by Meghan McCain, said that McSally would be an "unwise choice.''

One factor that may have affected Ducey's decision is that McSally will have to run again in 2020 for the remaining two years on McCain's original six-year term. That will require someone with not just campaign experience but the ability to raise money, both of which McSally has shown she has.

A formal announcement of the appointment is set for later this morning.