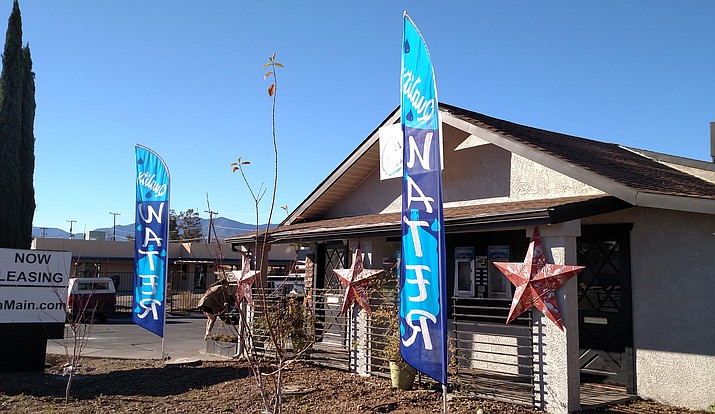 Ordinance 654 amends the city’s code to ban flag banners under its sign requirements.

The city has in the past regulated flag banners but there was discrepancy in the way flag banners were defined, according to staff.

“We do currently define banners themselves as prohibited as an everyday sign,” said Scott Ellis, a planner with the city. “They are allowed for temporary signs with special events.”

Ellis said the amendment to the ordinance specifies banners used as signage are also prohibited.

According to staff, inflatable air dancers would be prohibited under the city’s ordinance as well.

Cottonwood Planning and Zoning recommended council approve the amendment in November. Council completed the first reading on Tuesday, Dec. 4 during a regular meeting.

During a call to the public, P&Z Chairman Robert Williams said the issue originally came to the commission after what he called a “proliferation” of banner signs in the city.

“We’ve worked for years to tone down signs through businesses that come before us,” he said. “We appreciate businesses needing signage in advertising but we don’t want to be another, as we call it, Prescott Valley.”

Williams clarified that if there was a need to add temporary signage, there is a path businesses can take with the city’s planning division.

“I’m a big supporter of a business being able to have signage and I think it’s one of the most cost-effective ways to market a business but I think the few words we are inserting are more for clarification purposes,” she said. “And what I mean technically, I think you could argue that these were already prohibited under the old wording and we’re just clarifying.”

Nobody spoke in opposition of the ordinance Tuesday but Ellis said one business owner did come into the planning office expressing concern over the ordinance.

For agendas and minutes, visit http://cottonwoodaz.gov/129/Agendas-Minutes. A livestream of the meetings is also available on the Verde Valley TV YouTube channel.